Participating in the Climate Ambition Summit, held via video links, Moon said his country plans to submit a long-term low-carbon growth strategy and its 2030 Nationally Determined Contribution (NDC), newly converted into absolute terms, to the United Nations within this year.

"Furthermore, we will work toward presenting a higher 2030 reductions target at an early date," he said in a video message for the climate summit to commemorate the fifth anniversary of the Paris Agreement. It was co-hosted by Britain, France and the U.N. in partnership with Chile and Italy. 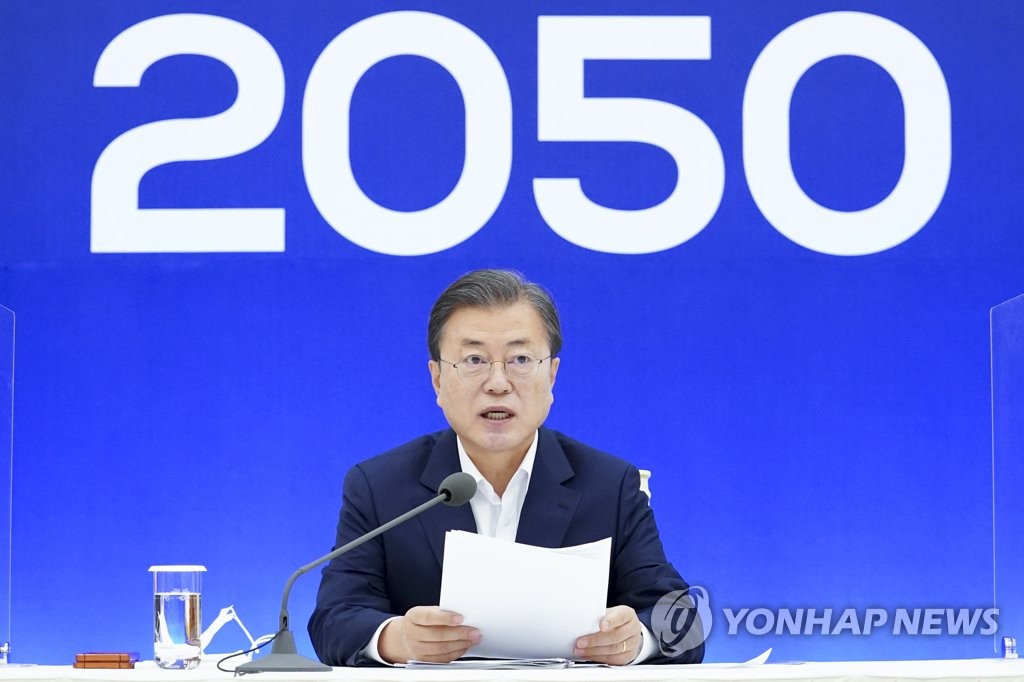 The existing scheme, reported to the U.N. in 2015, calls for South Korea to cut its greenhouse gas emissions by 37 percent from the business-as-usual level by 2030.

He described it as an "inclusive vision" aimed at achieving carbon neutrality, economic growth and higher living standards all at the same time.

Moon said Seoul plans to "come up with different scenarios about how people can voluntarily practice their commitment in daily lives."

Based on those, he added, it will draw up a "systemic roadmap for every area of society."

"Taking the climate crisis as an opportunity for inclusive and sustainable growth, we will create new jobs and share our experience and achievements of Green New Deal policy with all the other countries in the world," he said. "We will also stand with the international community in coordinating a joint global response."

Moon requested special interest in the second P4G summit scheduled to be held in Seoul in May next year.