In a tweet, Lee announced his first such plan to mobilize a private facility to tackle the public health care crisis, as the province is running short on hospital beds and other facilities to treat the growing number of COVID-19 patients.

"As the spread of the coronavirus calls for stern measures required for a circumstance analogous to a wartime situation, we will inevitably enter into an emergency mobilization measure vis-a-vis hospital beds and residential treatment centers," Lee wrote.

"As the first step, we decided on the emergency mobilization of a dormitory in a university," he added.

The governor said that his emergency administrative order will be immediately invoked if the university refuses to turn the dormitory into a treatment facility. A provincial official said that the university "shares an understanding about the need" for a new residential treatment center.

"I believe that the university, students and their parents will sufficiently understand the seriousness of the situation and the inevitability of the administrative order," the governor said.

Lee reiterated the need to raise the social distancing restriction level to the highest in the five-tier system, while central government authorities appear more cautious amid worries that stronger curbs could further damage economic activities. 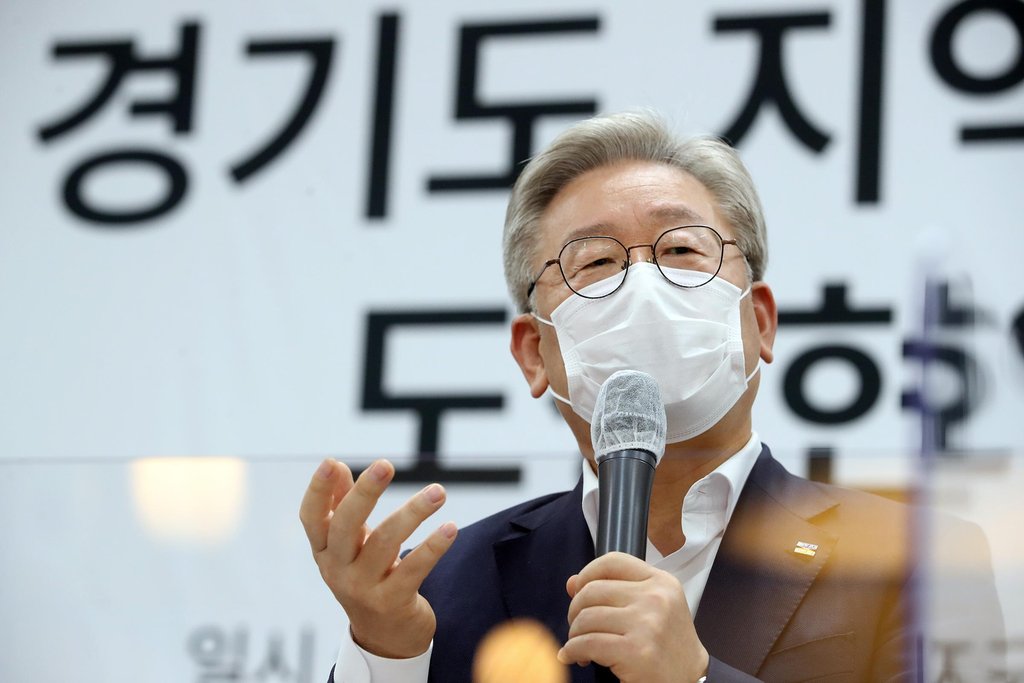