Avian influenza (AI) of the H5N8 strain was found in samples collected from two duck farms in Yeongam county, 384 kilometers south of Seoul, according to the Ministry of Agriculture, Food and Rural Affairs.

Later in the day, the ministry reported another confirmed case at a chicken farm in Gimpo, west of Seoul.

The new cases raised the country's total this year to 13.

The ministry said authorities are culling poultry within a 3-km radius of the infected farms as part of preventive measures and issuing a standstill order on nearby farms for 30 days. 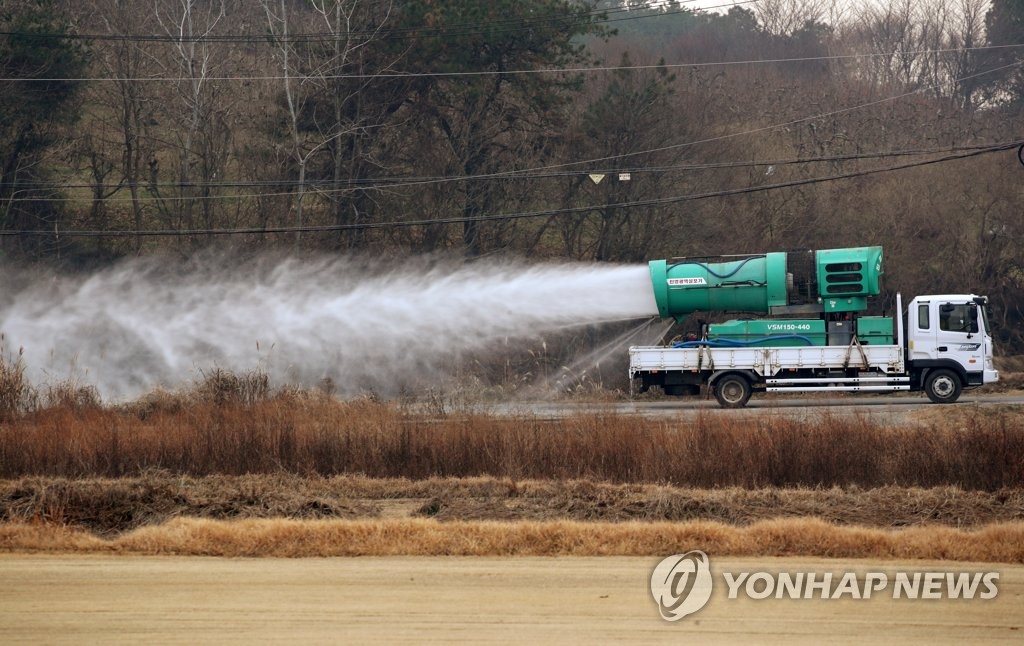