It is the last of the three bills that were recently approved by the assembly as part of the Moon Jae-in administration's long-planned push to reform so-called powerful institutions, such as the state prosecution service.

Last week, parliament approved a major police law revision that introduces a local autonomous police system and allows the establishment of a national investigation office and a bill on facilitating the launch of the Corruption Investigation Office for High-ranking Officials (CIO). The CIO is a non-prosecution body tasked with investigating corruption among senior government officials.

In his inauguration speech in May 2017, Moon pledged efforts for such reform, saying he would "completely separate powerful institutions from domestic politics and install systems to make any such institutions unable to wield omnipotent power."

Lawmakers, led by the ruling Democratic Party (DP), passed the revision to the National Intelligence Service Korea Act, that also aims to stop the agency from meddling in domestic politics, during a plenary parliamentary session in a 187-0 vote. Lawmakers of the main opposition People Power Party (PPP) boycotted the voting.

The voting came after the liberal ruling bloc eliminated a four-day filibuster by the PPP. The DP, which commands 174 of the 300 parliamentary seats, enlisted support from outside the party to successfully end the filibuster with 180 votes. 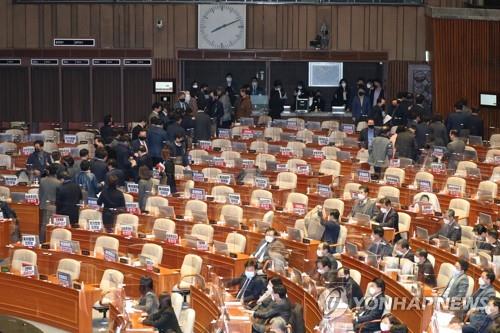 It was the first time a filibuster was brought to an end through voting after the revision of the National Assembly law in 2012, when the filibuster was reinstated.

The revised law takes force after a three-year grace period.

But the PPP launched another filibuster to block voting and the DP countered it by filing a request for voting to end the filibuster.

The DP can break the filibuster with 180 votes, 24 hours after filing the request.

"With this (passage), a democratic stepping-stone has been prepared for the prosecution, the police and the National Intelligence Service to be born again," the prime minister wrote on his Facebook page.

"Including me at the center, the justice and interior ministries, as well as other government organs, will renew our determination for reform so that follow-up steps could be implemented thoroughly," he added. 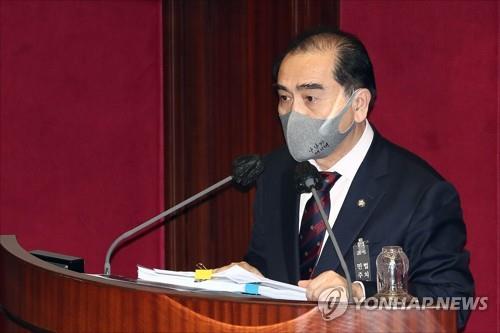