Junior Negrao scored an extra-time penalty as the K League 1 club defeated Vissel Kobe of Japan 2-1 in the semifinals of the Asian Football Confederation (AFC) Champions League on Sunday.

After going down early in the second half, Ulsan rallied with two unanswered goals at Jassim bin Hamad Stadium in Doha. 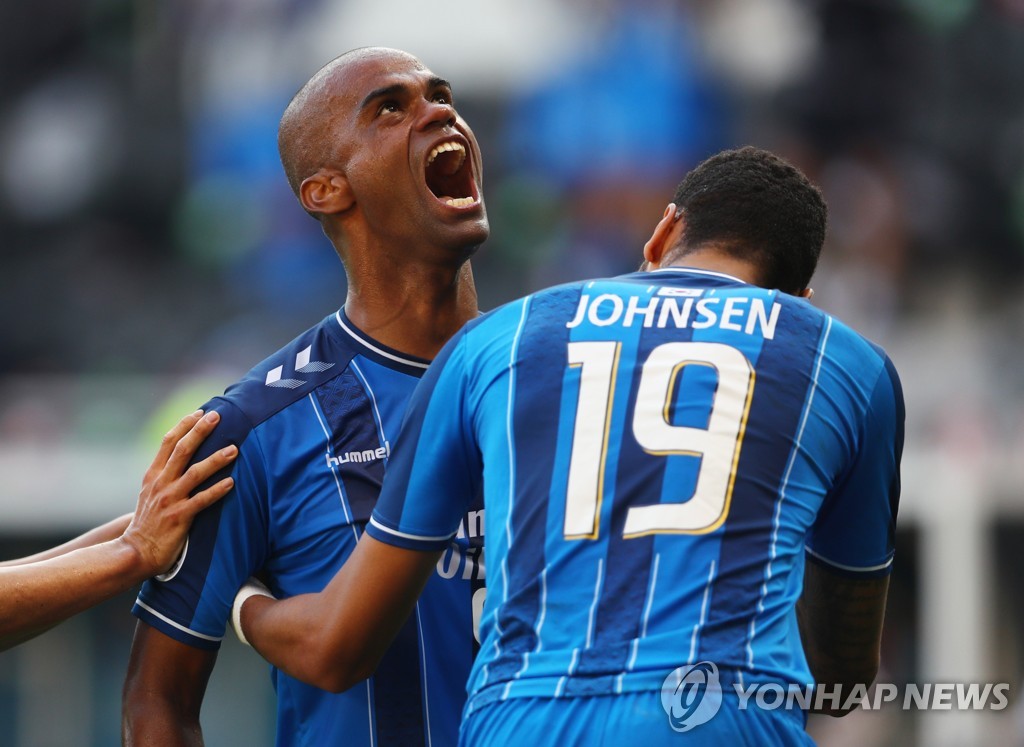 Ulsan will go on to play Persepolis FC of Iran in the final on Saturday at Al Janoub Stadium in Al Wakrah, just out of the Qatari capital. The kickoff is 3 p.m. local time and 9 p.m. in South Korea.

Ulsan are going for their second AFC Champions League title, and first since 2012.

Junior, as he's commonly called, broke the 1-1 deadlock in the final minute of the 30-minute extra period by converting a penalty he himself drew. The Brazilian striker got tangled up with Kobe goalkeeper Daiya Maekawa as he chased down a loose ball, and then beat Maekawa to the bottom left corner on the ensuing spot kick. 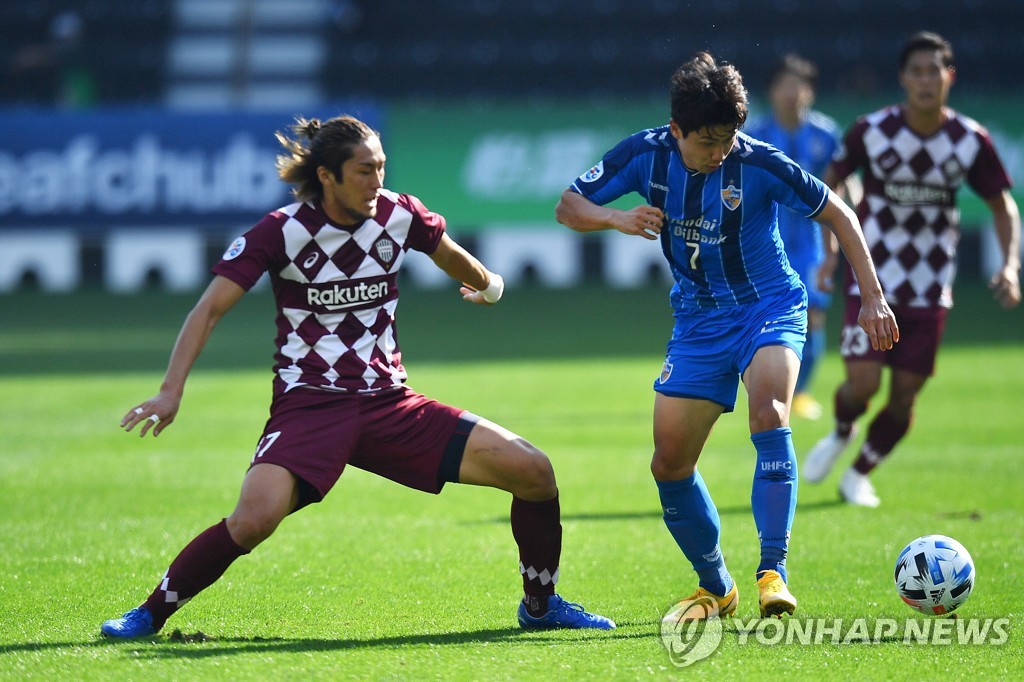 Vissel Kobe went up 1-0 in the 52nd minute on Hotaru Yamaguchi's goal, following a low setup by Takuya Yasui on a corner kick.

Ulsan caught a huge break in the 75th minute, when Daiju Sasaki appeared to give the Japanese side a 2-0 lead. The goal was wiped out when a video review determined that Yasui had fouled Sin Jin-ho as he stole the ball in midfield to set up the scoring play.

Then Ulsan benefited from the instant replay in the 83rd minute. Bjorn Johnsen's goal was first called off on an offside ruling, but the video assistant referee (VAR) alerted the on-field official, Nawaf Shukralla, who then overturned the original call and awarded the tying goal to Ulsan. 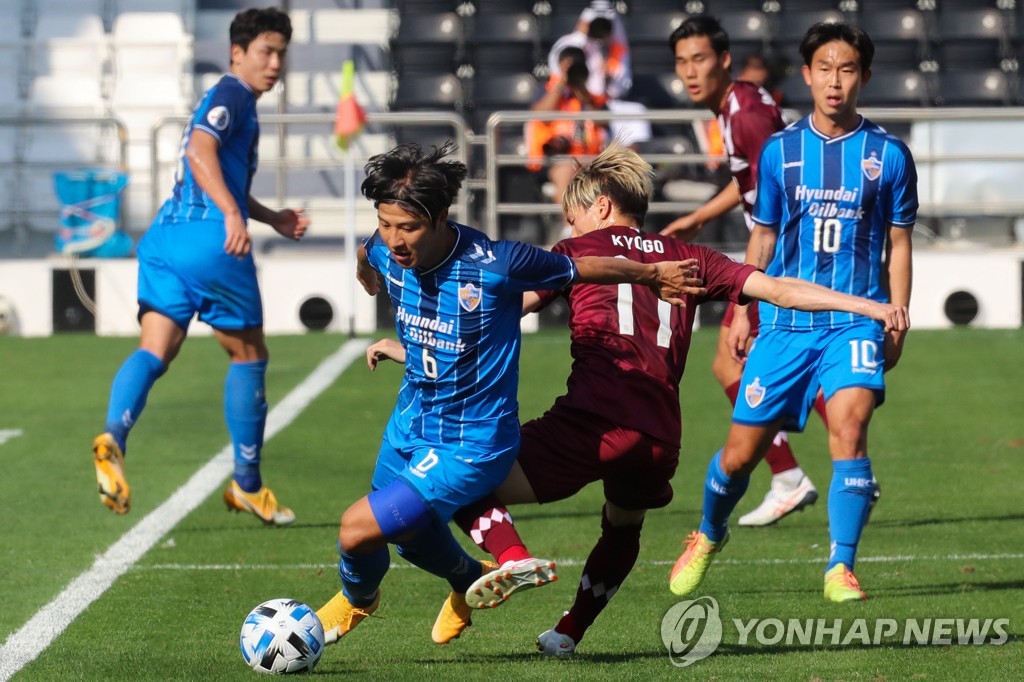 Junior nearly clinched the win for Ulsan on the final play of regulation, when his header rang off the left post.

Both goalkeepers shone in extra time. Maekawa in Vissel Kobe's net denied Yoon and Johnsen on point-blank opportunities in the first half, and his counterpart Jo Su-huk robbed Dogulas of a potential winning goal.

Maekawa, though, got overzealous in his own box and committed the disastrous foul on Junior, just when the match seemed destined for a penalty shootout. Junior made him pay and sent Ulsan to the final.

Ulsan have scored at least two goals in a tournament-record eight consecutive matches. 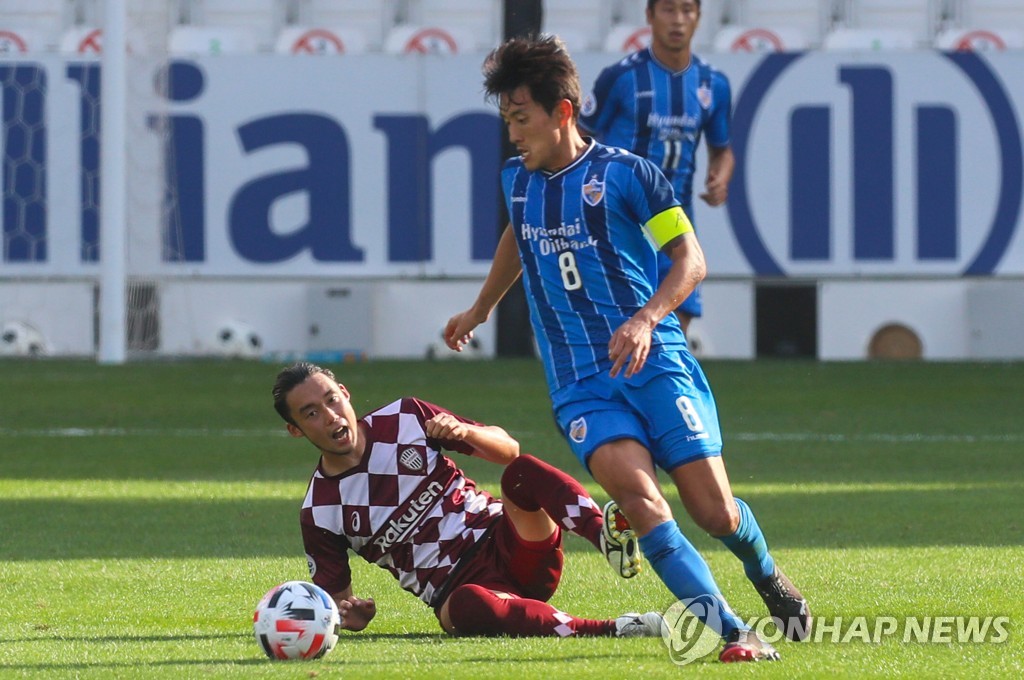