Foreigners bought a net 6.1 trillion won (US$5.6 billion) worth of local stocks in November, the largest monthly net tally since September 2013, according to the data from the Financial Supervisory Service (FSS).

Britons were the biggest net buyers of South Korean equities with 2.2 trillion won last month, which accounted for 36 percent of the total.

They were followed by Americans, who purchased a net 989 billion won worth of South Korean stocks.

British investors began to snap up South Korean stocks in October, when their net buying came to 1.26 trillion won, or the bulk of foreign net buying at 1.36 trillion won that month.

As of end-November, Britons held nearly 54 trillion won worth of local stocks, which took up 8 percent of all foreign stock ownership. The portion was up from 7.6 percent in September. 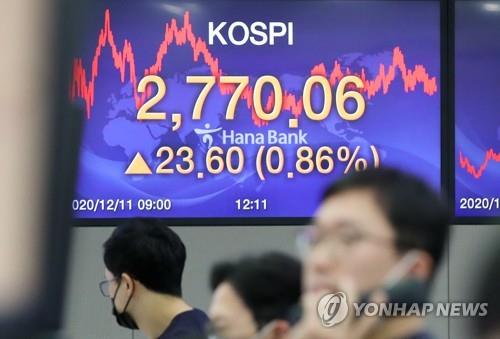