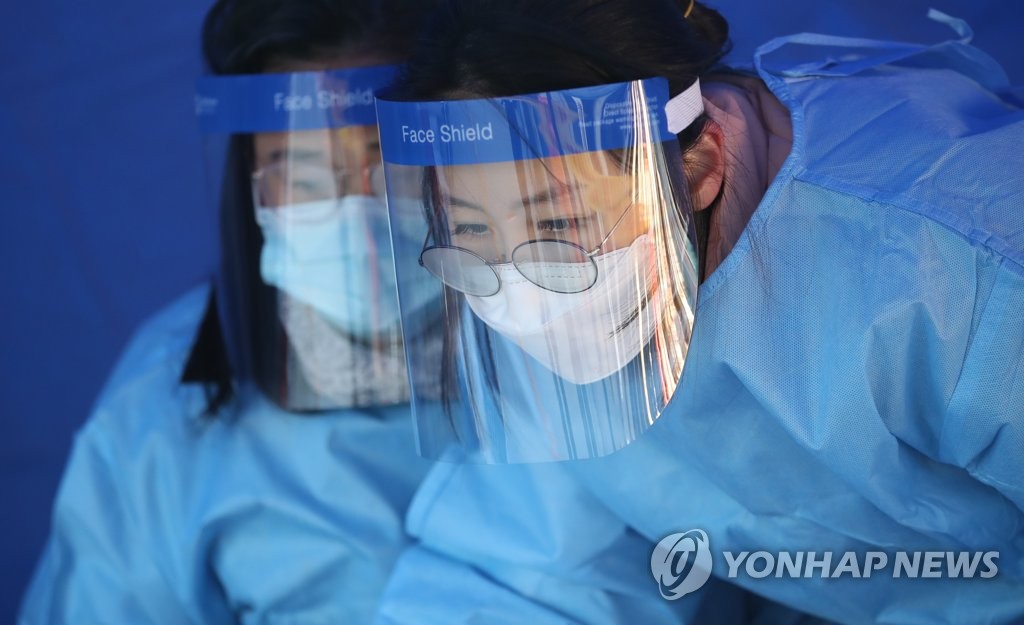 Health authorities warned that the country's daily virus caseload may spike to 1,200 should the current pace be maintained.

The KDCA said the nation's reproduction rate for COVID-19 reached 1.28, indicating a patient infects more than one person.

"With the winter being here, we are now experiencing the third wave of the COVID-19 pandemic," KDCA chief Jeong Eun-kyeong said during a daily briefing. "Compared with the previous waves, the latest uptick in the number of cases is traced to various sources that have been accumulated for 10 months."

Jeong stressed that the country can reduce the number of newly confirmed virus cases via social distancing schemes. "There is room for us to have fewer than estimated virus cases if we strictly follow toughened virus curbs and trace potential cases," she said.

Over the past two weeks, cluster infections accounted for 22.8 percent of additional cases. Authorities are investigating transmission routes for 23.8 percent of the newly identified infections as well.

Gatherings among families and acquaintances accounted for more than 20 percent of such cluster infections. 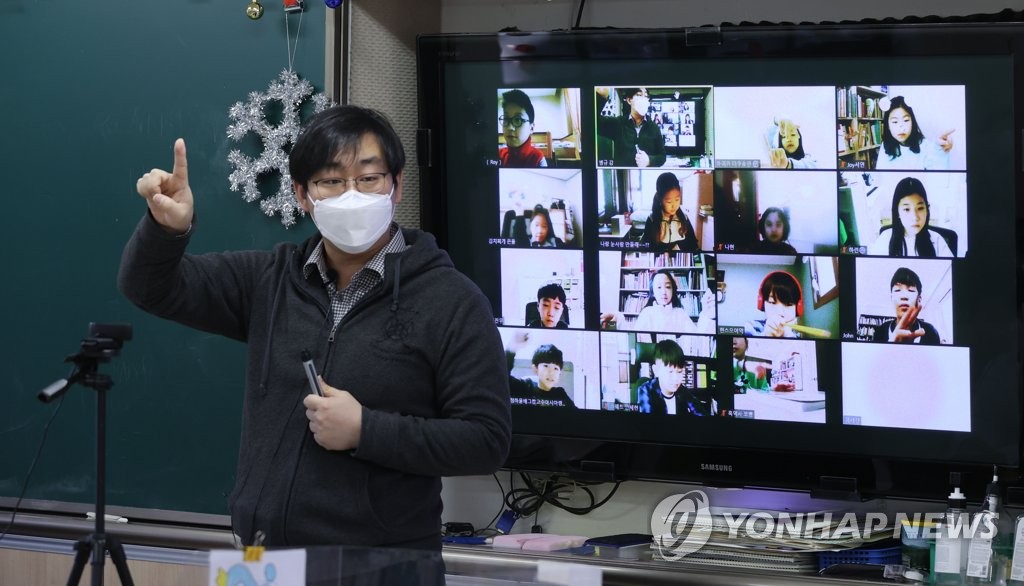 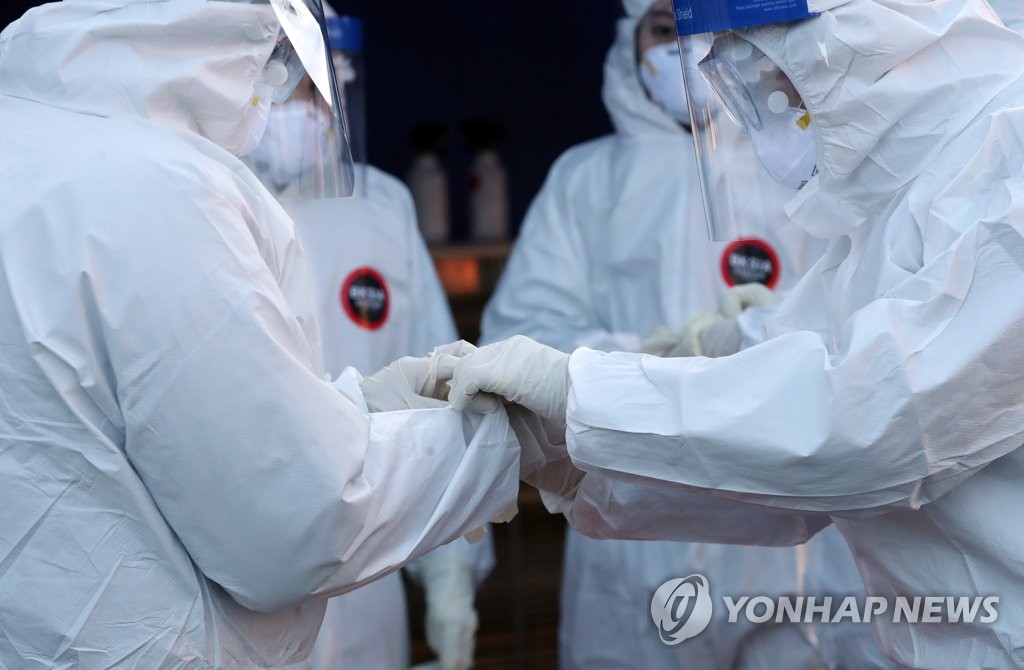 From west of Seoul, a religious facility added 22 more patients, raising the total to 162 as of Monday noon.

A restaurant from central Seoul reported four more patients. So far, a whopping 280 cases have been traced to the business.

A nursing home from Gyeonggi Province identified 17 more cases from the previous day, with the combined caseload reaching 18.

Cases traced to a religious facility from South Chungcheong Province came to 43, the KDCA data showed. 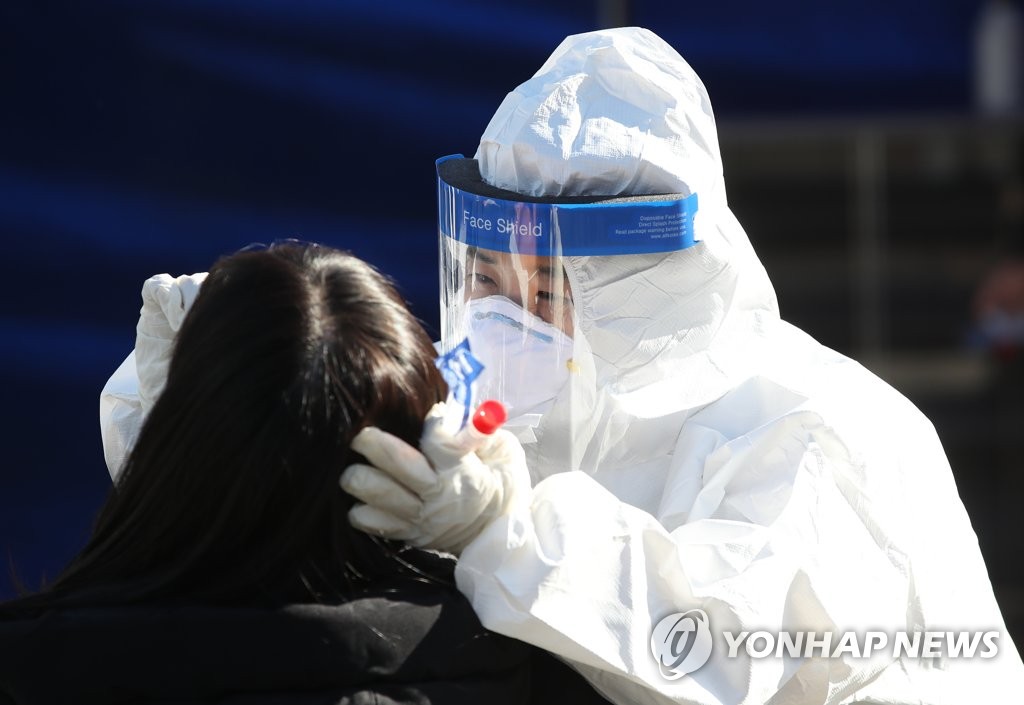 The KDCA said the country plans to complete supply deals with at least two more companies by the end of this month.

"We believe that the locally produced vaccines developed by AstraZeneca will become the first batch to be provided to people, starting March (next year)," Jeong said. "We are continuing negotiations with other suppliers."

The country's health ministry said last week that the country has secured early access to COVID-19 vaccines developed by four pharmaceutical companies and from a global vaccine project for 44 million people.

South Korea said it has completed the deal with AstraZeneca Inc. and is in the process of finalizing the agreement with other suppliers, namely Pfizer, Johnson & Johnson's Janssen and Moderna.