In the five-day Realmeter survey through last Friday, 36.7 percent of respondents gave a positive assessment of Moon's leadership, down 0.7 percentage point from a week earlier.

The proportion of those who disapprove of Moon's job performance rose 0.8 percentage point to 58.2 percent. 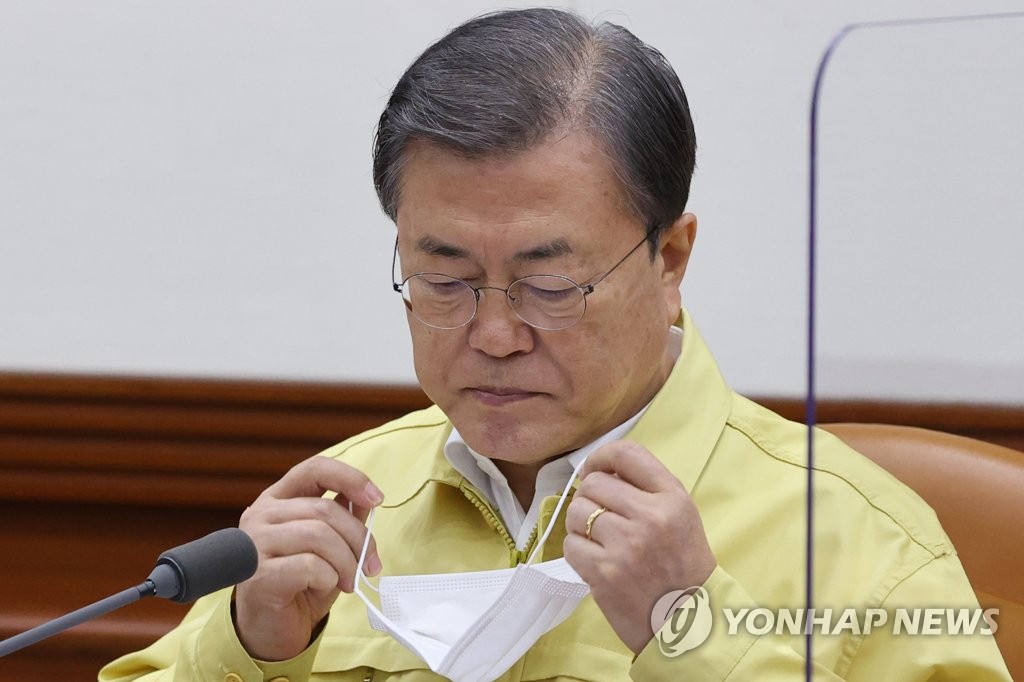 It conducted the poll on 2,521 voters nationwide, and the margin of error is plus and minus 2 percentage points.

The results of the regular survey came after Moon carried out a partial Cabinet reshuffle to replace the ministers of land, interior, health and gender equality on Dec. 4.

A conflict between Justice Minister Choo Mi-ae and Prosecutor General Yoon Seok-youl remains unresolved, and COVID-19 infections have continued to spread across the country rapidly. The government is still struggling to stabilize the housing market.

The DP passed a controversial revision bill last week on establishing the Corruption Investigation Office for High-ranking Officials (CIO) amid strong protests by the PPP.