SEOUL, Dec. 14 (Yonhap) -- The South Korean film industry is expected to see its total revenue fall to a record low this year due to the fallout from the novel coronavirus pandemic.

The Korean Film Council (KOFIC) said Monday that the 2020 revenue from movie theaters, online video sales and overseas sales will reach an estimated 913.2 billion won (US$837.3 million), down 63.6 percent from a year earlier.

It will be the lowest amount since KOFIC started to compile the official box office data in 2004, when the South Korean film industry posted 1.5 trillion won in total revenue.

Since dropping to 1.2 trillion won in 2009 in the aftermath of the global financial crisis, the figure topped the 2 trillion won mark for the first time in 2014 and rose to an all-time high of 2.5 trillion won last year.

KOFIC said the outbreak of COVID-19 has weighed heavily on the film industry throughout 2020, as the nationwide social distancing campaign has kept people from coming to theaters and limited film productions.

By category, the revenue of local movie theaters is forecast to tumble 73.3 percent on-year to 510 billion won for 2020 from 1.9 trillion won the previous year.

The April box office, in particular, totaled 7.5 billion won, marking the lowest monthly figure in history as the country was struggling with the first wave of the pandemic.

Overseas sales will likely reach 39.4 billion won, down 54.2 percent from a year ago, while sales in the digital video market are projected to contract 28.6 percent on-year to 363.5 billion won.

The coronavirus pandemic has also affected 135 film productions and releases over the year, with the damage valued at 32.9 billion won. 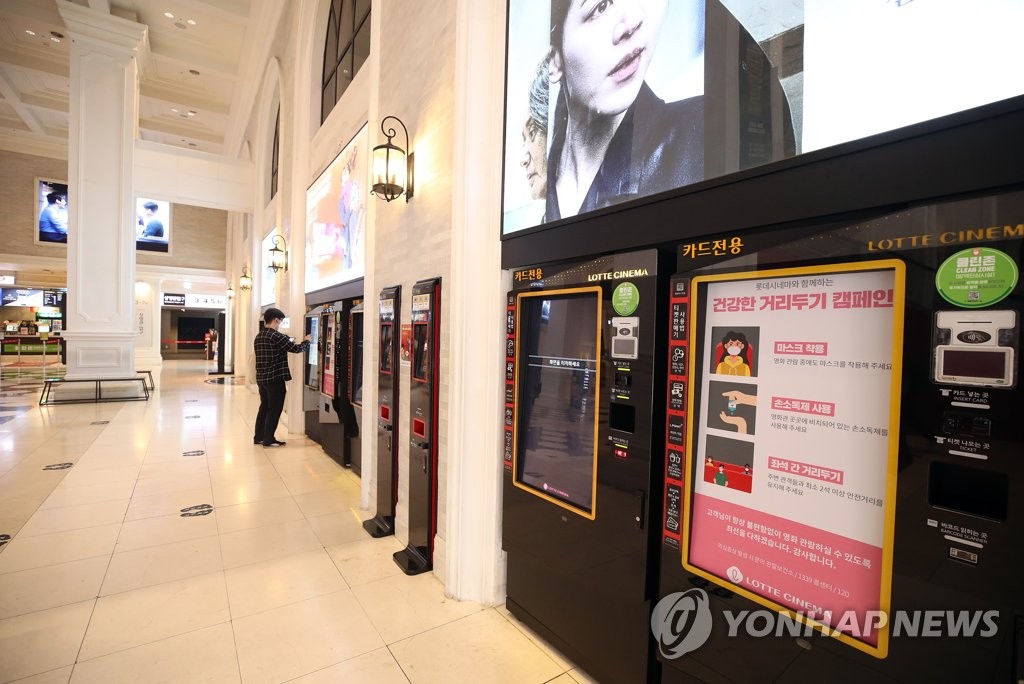