He also called for the speedy use of next year's budgets earmarked for the creation of more than 1 million "emergency jobs" for the vulnerable.

"Protecting people who suffer difficulties, first and foremost," would be the "starting point" of the government's related efforts, he said, speaking at the outset of his weekly meeting with senior Cheong Wa Dae aides. 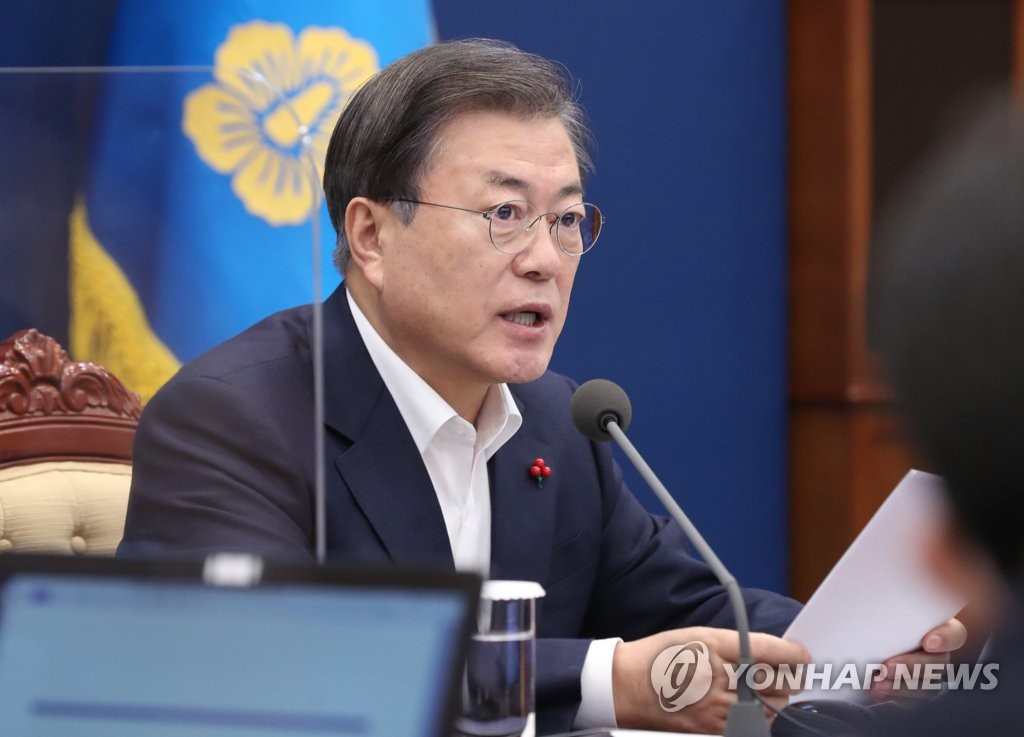 Moon's remarks came as South Korea's fight against the coronavirus over nearly a year shows no signs of ending. It is being confronted with a third wave of large-scale virus outbreaks nationwide.

The government is considering the toughening of social distancing restrictions to the highest level.

South Korea operates a five-tier social distancing scheme, with the greater Seoul area currently under the second-highest Level 2.5 and the rest of the country under Level 2.

"Providing small and medium-sized businesses and self-employed people with support is especially urgent," he said, pointing out that they have suffered the biggest blow from the worsened COVID-19 situation and stricter virus control measures.

The president reaffirmed a plan to create more than 1 million public-sector jobs and instructed the authorities to gear up to be able to use relevant budgets with the start of 2021.

With domestic demand and consumption shrinking, it is important to put vigor into the economy by boosting exports and investments and to pull off a "quick and strong" economic recovery, he added.

Delivering a speech on next year's budget spending scheme at the National Assembly in October, Moon said the government will offer 1.03 million jobs directly to the elderly, those with disabilities and other vulnerable people.