The three consortia include the one led by construction firm Dongbu Corp and another one led by shipper SM Line Corp., according to the state-run Korea Development Bank (KDB).

The preliminary bid to sell the controlling stake in the shipbuilder was finalized on Oct. 26. 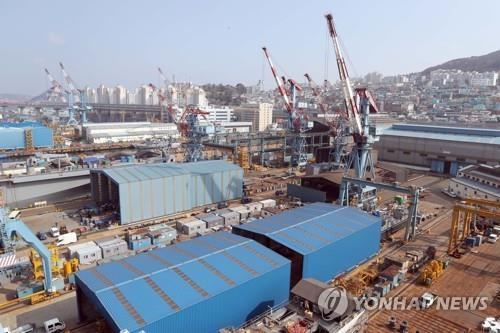 Unionized workers at Hanjin Heavy have called for job security and a ban on rezoning the shipyard for other uses, such as an apartment complex.

Civic groups in Busan, where the shipyard of Hanjin Heavy is located, have supported the workers' calls.

The stake sale is expected to be concluded early next year after gaining approval from authorities, including the country's arms procurement agency Defense Acquisition Program Administration (DAPA), as the shipbuilder has been fully dedicated to building battleships.