SEOUL, Dec. 14 (Yonhap) -- An Army advocacy group said Monday it is donating 70,000 face masks and 10,000 toothbrushes to children in South Sudan and Lebanon where South Korean soldiers are deployed for peacekeeping operations.

The items will be delivered via vessels next month along with other military items for the Dongmyung unit in Lebanon and the Hanbit unit in South Sudan, according to the Association of the Republic of Korea Army.

South Korean soldiers there have been providing medical support to local residents during the coronavirus pandemic, it said.

The Dongmyung unit has been operating as part of the U.N. Interim Forces in Lebanon (UNIFL) since 2007. 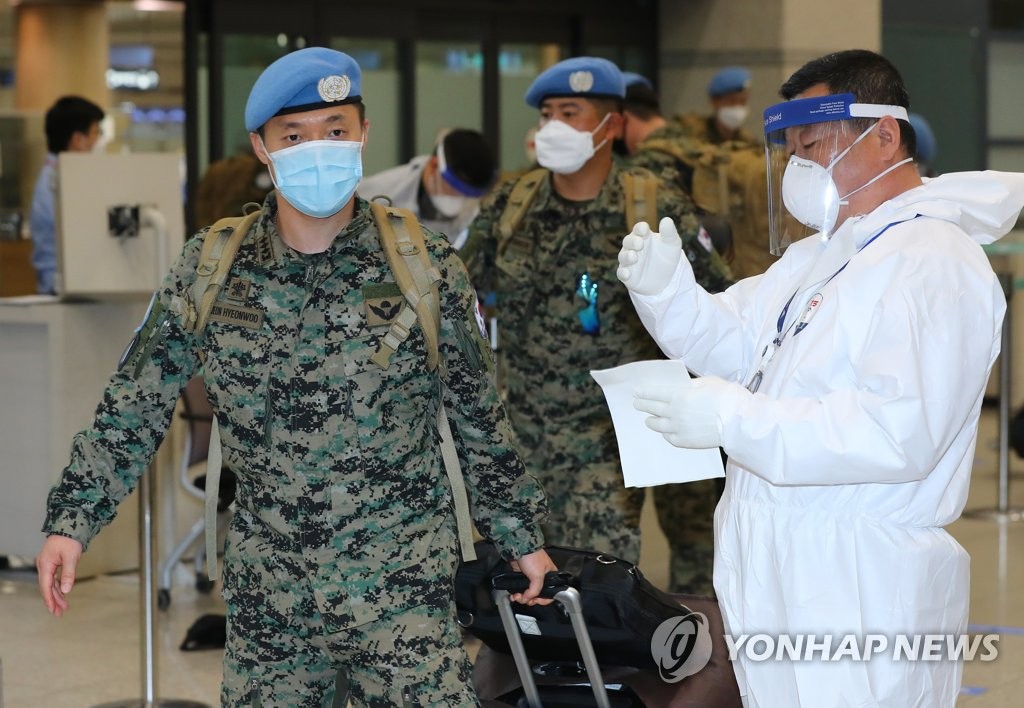