SEOUL, Dec. 14 (Yonhap) -- South Korea has established free Wi-Fi networks on around 35,000 city buses operating across the nation, allowing citizens aboard to access the internet free of charge and reduce their mobile phone bills, the ICT ministry said Monday.

The Ministry of Science and ICT said it marks the first time in the world that free Wi-Fi services will be provided on all of the 35,006 city buses in operation.

The ministry and 16 provincial governments began setting up free Wi-Fi networks on buses in 2018 and completed the project in October this year in an effort to reduce households' communication bills and help citizens better access the internet.

"It is meaningful that the service will help reduce the burden of communications bills for people who might have difficulty in using high-priced subscription packages," ICT Minister Choi Ki-young said.

The accumulated number of times the free Wi-Fi services were used on buses reached 420 million between May 2019 and October 2020, the ministry said. This translates into each person in the country's 51.6 million population using such services eight times.

The ministry said the free bus Wi-Fi services will enable people to have economic benefits valued at around 22 million won (US$20,000) over the next three years. 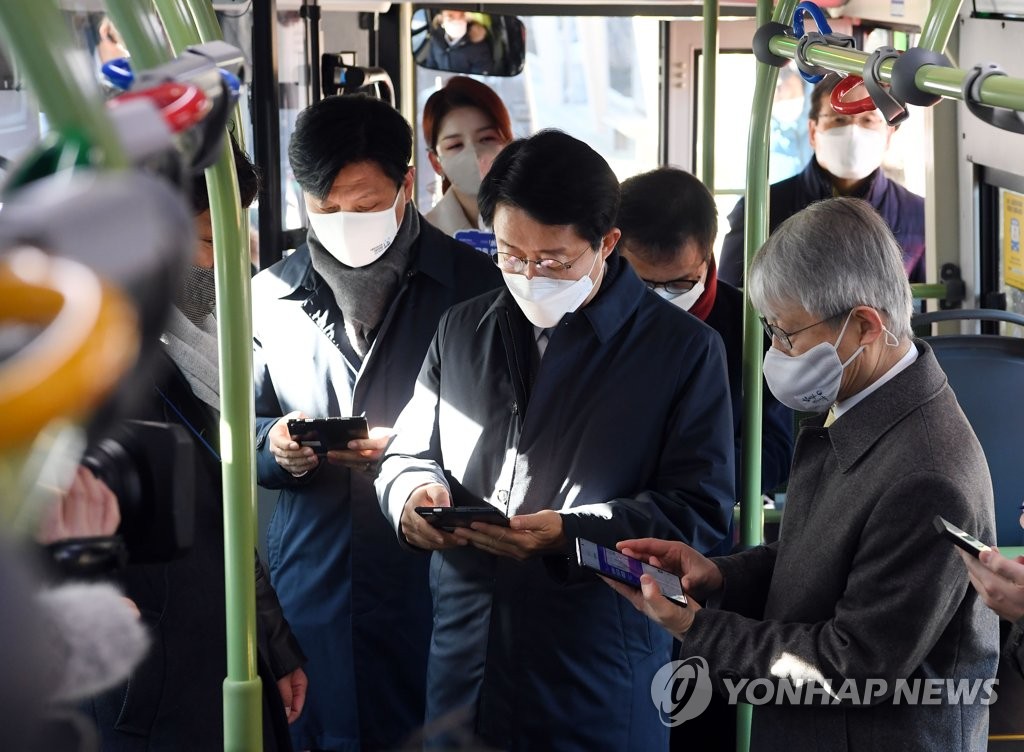 S. Korea sets up free Wi-Fi networks on buses in operation across nation

S. Korea sets up free Wi-Fi networks on buses in operation across nation