Joining the official event to be held online later in the day in celebration of the occasion, Moon is to note the OECD's role so far as a signature body in the global economic field, it said. The OECD was founded in 1961 to stimulate economic progress and world trade.

Moon will point out that the OECD has promoted fair and transparent competition by setting more than 450 international standards in various sectors such as climate, governance, fiance, investment, trade and anti-corruption. 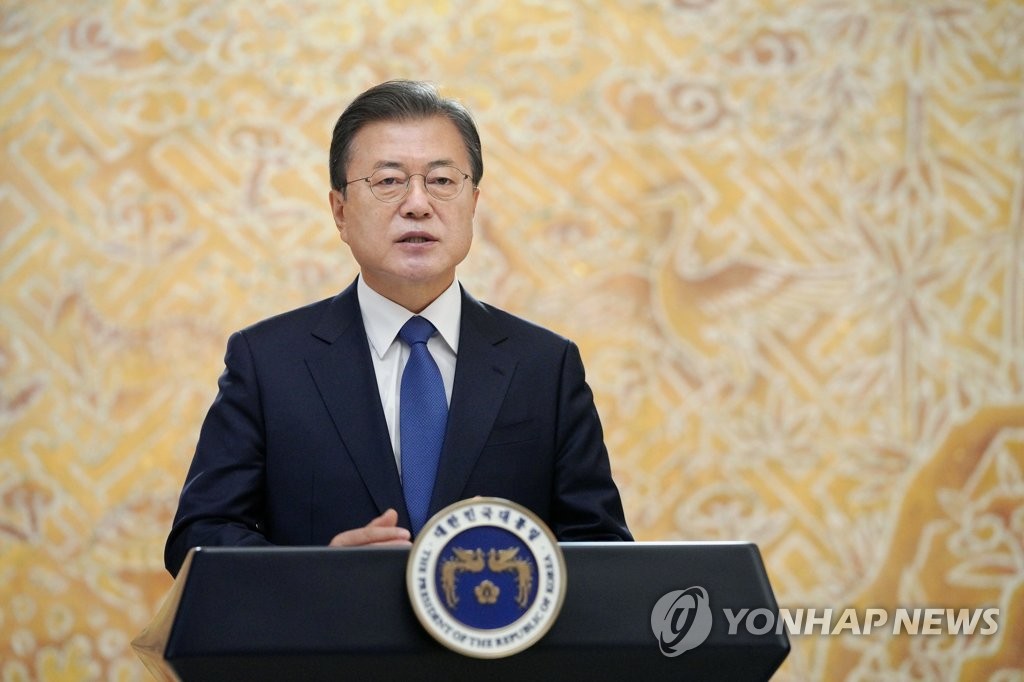 He also plans to explain about the government's push for the Korean version of New Deal aimed at fostering sustainable and inclusive growth. He will then pledge Seoul's commitment to continue to contribute to anti-poverty and sustainable development as a member of the OECD's Development Assistance Committee.

"In addition, (the president) will emphasize the importance of multilateralism for overcoming the COVID-19 crisis and express his expectation that the OECD will serve as a milestone for a better recovery of the world economy," Cheong Wa Dae said.

South Korea became a member of the OECD in 1996.