SEOUL, Dec. 15 (Yonhap) -- A high-profile North Korean defector activist is considering filing a constitutional complaint against the recently legislated ban on the sending of anti-Pyongyang leaflets into the communist nation, his lawyer said Tuesday.

On Monday night, the National Assembly, controlled by the ruling Democratic Party, passed the bill penalizing the sending of anti-Pyongyang propaganda leaflets into the North despite strong objection by opposition party lawmakers.

Critics, including Park Sang-hak, a defector who heads Fighters for a Free North Korea, have strongly opposed the ban, saying it would violate the right to freedom of speech.

"Park believes that the anti-leaflet law is an unconstitutional and bad law that tramples on the freedom of speech," Lee Heon, his legal representative, said in a message sent to reporters, adding he will file a complaint with the Constitutional Court if the law goes into effect.

Fighter for a Free North Korea is one of the defector groups involved in actively pushing to send anti-Pyongyang leaflets across the border despite the government's repeated appeals against such activity.

The government and the ruling party have been seeking to ban the leafleting after North Korea bristled at such activity and even blew up an inter-Korean liaison office in June in anger.

In July, the unification ministry revoked operation permits for two defector groups, including Park's, saying their campaigns to send leaflets into the North have gravely hindered the government's unification policies and jeopardized the lives and safety of residents.

Critics have claimed that such a ban is tantamount to caving to Pyongyang's pressure, violating the right to the freedom of speech, and blocking information from the people living in the reclusive and oppressive country.

The ministry refuted those claims, saying that the freedom of expression is an important constitutional right but it cannot take precedence over the life and safety of people in border regions.

The ministry, however, noted that the ban would not be applied to the delivery of non-sensitive items through a third country, such as China, into the North and any leafleting via such countries could be subject to local laws.

The foreign ministry said it will continue communication with other countries, including the U.S., about the issue.

"Human rights are a value that we cannot compromise on. We respect it more than anything else. Yet we'd also like to emphasize that this bill is a minimal measure to protect the safety of the people in border areas," ministry spokesperson Choi Young-sam said in a press briefing.

"We will continue to make efforts to communicate with the international community, including the United States, about the matter based on this position of ours," he said. 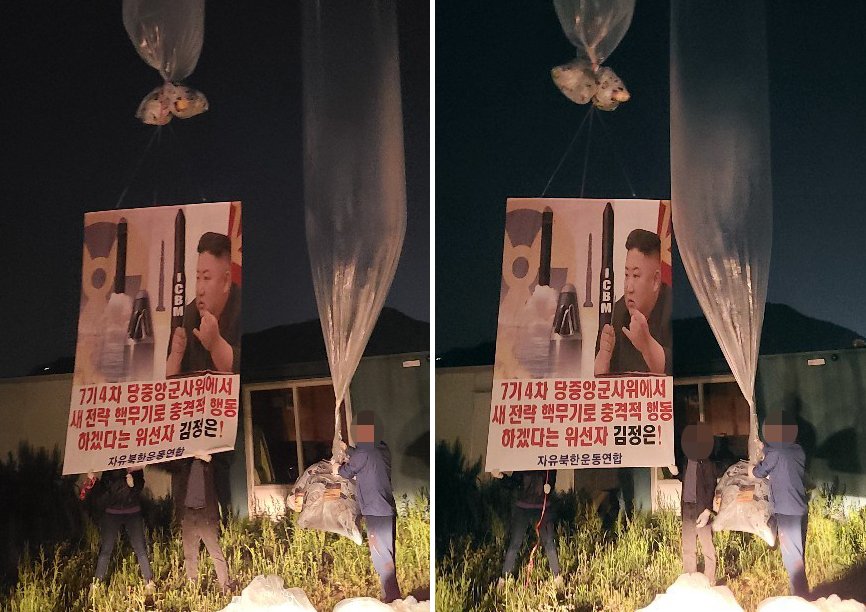