SEOUL, Dec. 15 (Yonhap) -- South Korea's daily new coronavirus cases bounced back to nearly 900 Tuesday after a brief fall the previous day, as the country struggles to curb the nationwide spread of the virus in winter, warning that the toughest virus curbs may be adopted.

The country added 880 more COVID-19 cases, including 848 local infections, raising the total caseload to 44,363, according to the Korea Disease Control and Prevention Agency (KDCA).

Tuesday's daily virus caseload marked a rise from 718 on Monday, but it stayed below the largest daily caseload ever of 1,030 new cases on Sunday and 950 cases on Saturday.

Health authorities warn that the country's daily virus caseload may spike to 1,200 should the current pace be maintained. 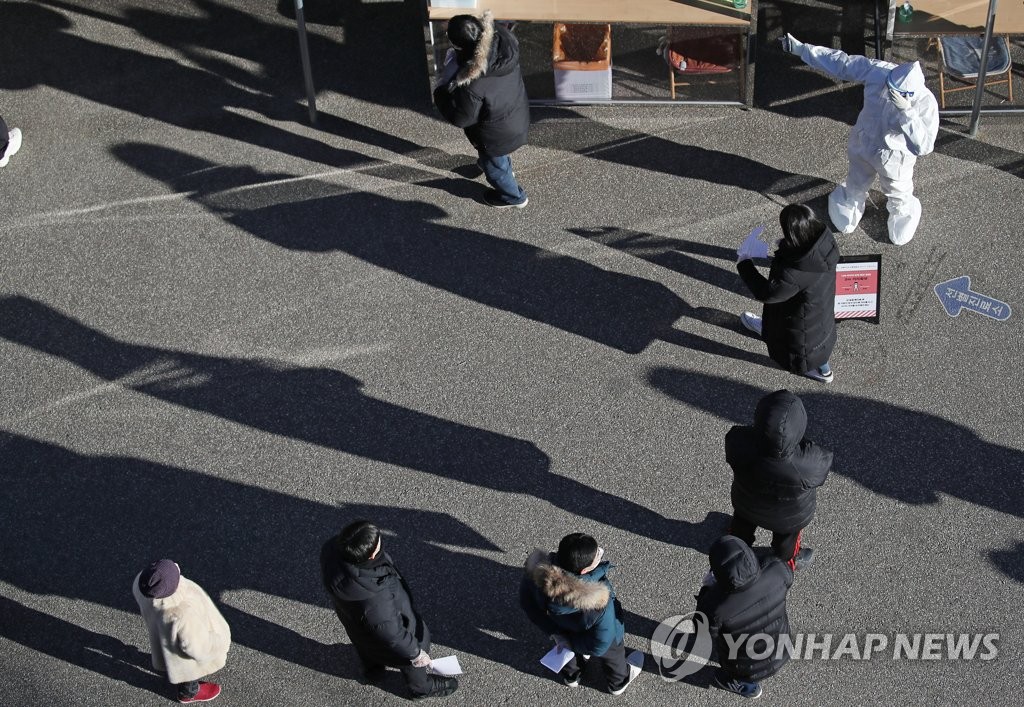 The measure, which will run through Jan. 3, is meant to trace asymptomatic patients. People can receive tests without providing personal information other than their mobile numbers.

Authorities warned that the country may adopt the toughest social distancing scheme of Level 3 if the virus curve does not flatten.

The Level 2.5 social distancing scheme allows gatherings of less than 50 people and sports events without spectators. Restaurants are allowed to offer takeout after 9 p.m., while cafes cannot have sit-in customers around the clock.

Under the highest level, more restrictions will be implemented, with any gatherings of 10 or more people banned.

People are basically advised to stay at home as much as possible, and companies are required to have nonessential employees work from home.

Level 3 can be adopted when locally transmitted cases surge to 800 to 1,000 or the daily tally doubles from the previous day.

"It seems Level 2.5 had a limited impact as more people felt fatigue from social distancing guidelines and did not comply with them properly," a health official said. "But we need to earn enough consensus from the society in order to move on to Level 3." 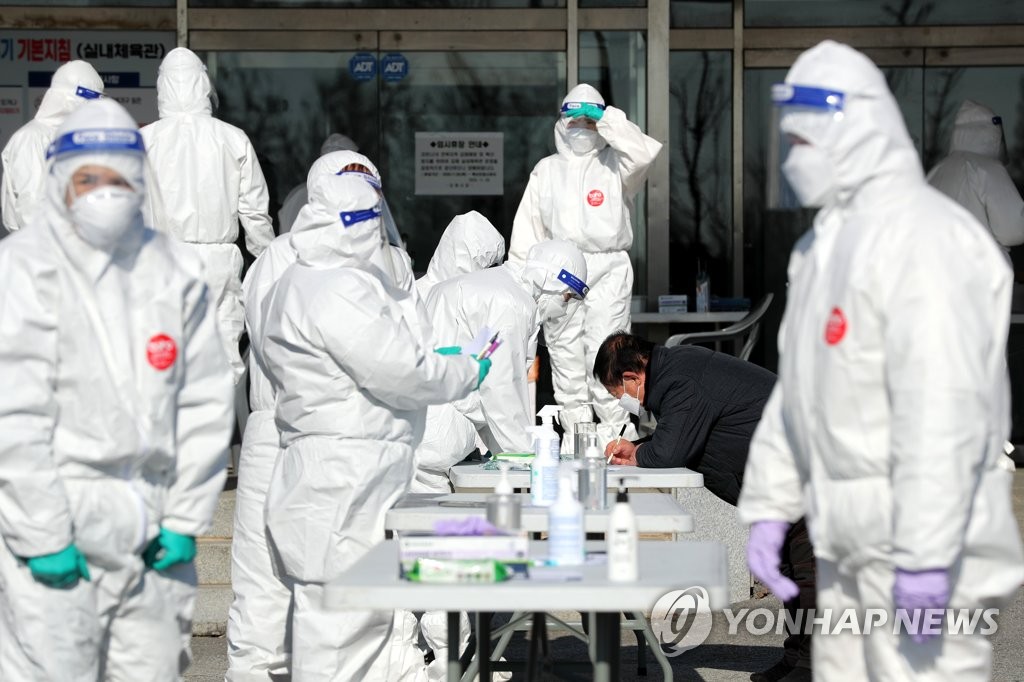 Of the locally transmitted cases, the capital city of Seoul accounted for 246 cases, and the surrounding Gyeonggi Province took up 274. Incheon, west of Seoul, had 55 new cases.

Cluster infections continued to linger nationwide, with a restaurant in central Seoul reporting 283 cases so far, up three from the previous day.

Over the past two weeks, cluster infections accounted for 22.7 percent of additional cases, while transmission routes of 22.8 percent remained unknown. 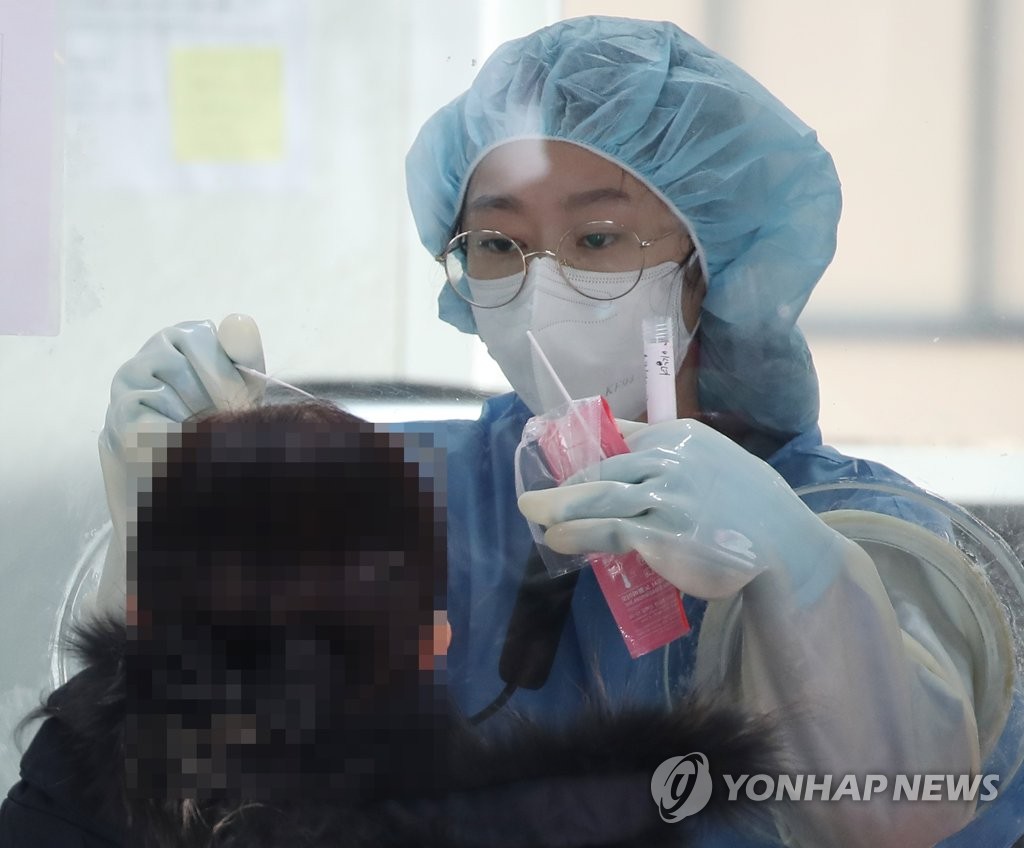 Cases traced to the United States accounted for 18, while Germany and India took up two each. There were also cases from Indonesia, Japan and Ukraine.

The number of seriously or critically ill COVID-19 patients came to 205, up 20 from the previous day.

The KDCA reported 13 additional deaths to set a new daily fatality record, raising the total to 600.

The number of people released from quarantine after making full recoveries came to 457, raising the total to 32,559. This indicates 73.4 percent of patients reported here have been cured.

"We have virtually secured vaccines for 44 million people and plan to buy enough to vaccinate the entire population," Kwon said. "The country is currently making plans to promptly use them on people once they are adopted in the first quarter of next year."