SEOUL, Dec. 15 (Yonhap) -- South Korea on Tuesday announced a set of measures to expand perks for families and subsidies for children to try to boost the low birthrate that has plagued Asia's fourth-largest economy for more than a decade.

The package, drawn up by the Presidential Committee on Aging Society and Population Policy, will be the foundation of the government's demographic policy over the next five years. 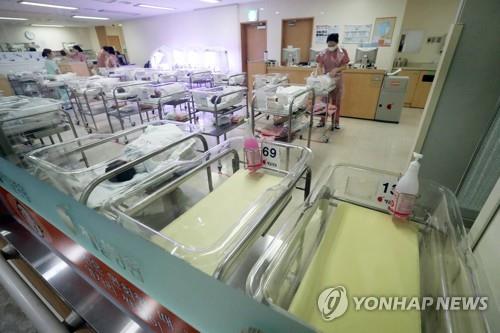 The planned cash bonus is separate from the government's current monthly allowance of 100,000 won for each child under the age of 7, officials said.

Also, the government will doll out a 2 million-won cash bonus to expectant parents to help cover their prenatal expenses starting in 2022.

The government will also increase the current 600,000-won congratulatory allowance for each pregnant woman to 1 million won.

The package also includes extra perks for working parents, as the government aims to increase the number of couples on parental leave.

Under the new package, couples with a child less than 12 months old can each receive up to 3 million won in monthly salary when both take 3 month-leave from work.

The couples can receive up to 15 million won for the period of three months when they both take parental leave, the government said.

The government said it plans to inject 3.6 trillion won into parental leave for five years.

The government also said it plans to expand benefits for families with multiple kids by giving perks to families with two children from the current three children.

The government will provide university tuition fees to families in the low income bracket with more than three children.

The government has spent 185 trillion won since 2006 to encourage more childbirths by rolling out three sets of measures, as the country' fast-graying population could face a serious demographic crisis.

Despite the efforts, the country's total fertility rate, which refers to the average number of children a woman bears in her lifetime, hit an all-time low of 0.92 in 2019, down from 0.98 a year earlier.

Last year marked the second consecutive year for the rate to fall below 1. South Korea was the only member of the Organization for Economic Cooperation and Development (OECD) that had a total fertility rate below 1.

The committee expected the figure to fall to 0.8 during the first half of next year.

The downturn in childbirths comes as some young South Koreans are opting to distance themselves from life's three major milestones -- dating, marriage and having children -- because they cannot find decent jobs amid a longstanding economic slowdown.

Other factors are the high cost of private education for kids and skyrocketing home prices, as well as the difficulties women face in finding jobs after spending extended time away from work to raise their children.

The committee hoped the latest package would increase the country's family benefits spending as a percentage of GDP from the current 1.48 percent to 1.6. percent by 2025.

Family benefits spending refers to public spending on family benefits, including financial support that is exclusively for families and children.

The indicator is still far below the OECD average of 2.4 percent. 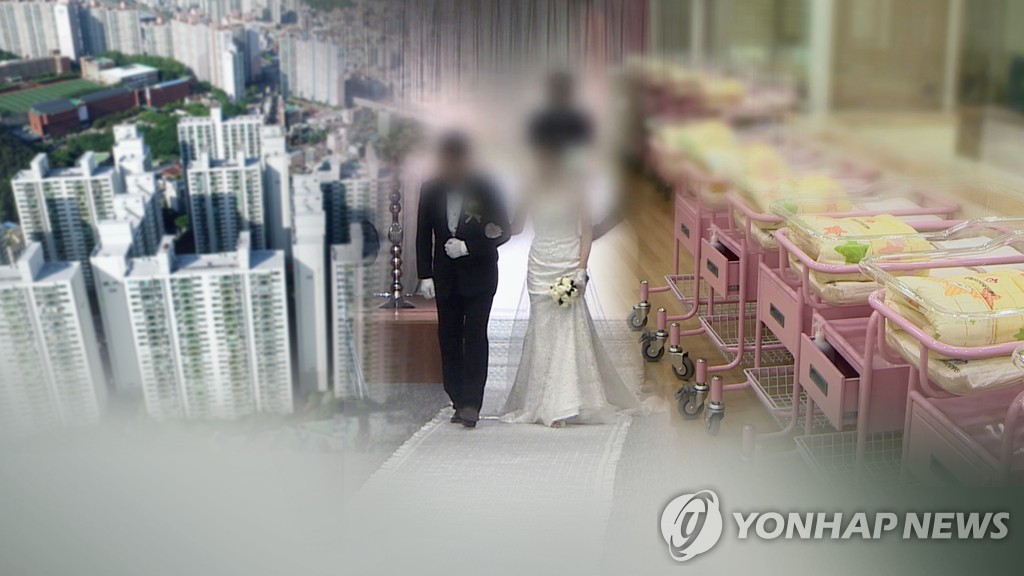