SEOUL, Dec. 15 (Yonhap) -- Eighteen Army soldiers and officers have tested positive for the new coronavirus, including 14 from the same unit in the city of Paju, north of Seoul, the defense ministry said Tuesday.

More cases could come from the Paju base as testing was still under way for all 400 unit members.

The collective infections began after two soldiers first tested positive for COVID-19 upon their return from holiday. One officer and 11 other soldiers were confirmed to have been infected in subsequent virus tests.

In the Gangwon Province county of Hwacheon, an Army solider tested positive while on vacation and an officer was confirmed to have contracted the virus while in quarantine after a family member was infected.

Two soldiers in the western city of Incheon and the border county of Cheorwon, respectively, tested positive after virus cases were reported at their units.

The latest cases brought the total number of coronavirus infections among the military population to 469.

On Monday, Defense Minister Suh Wook presided over an emergency meeting with top commanders and ordered the mobilization of all military assets available to support the government's virus fight.

Nationwide, South Korea added 880 new COVID-19 cases Tuesday, raising the total caseload to 44,363. The country has been struggling with the third wave of infections as the winter season approaches, with its daily caseload reaching a record high of 1,030 on Sunday. 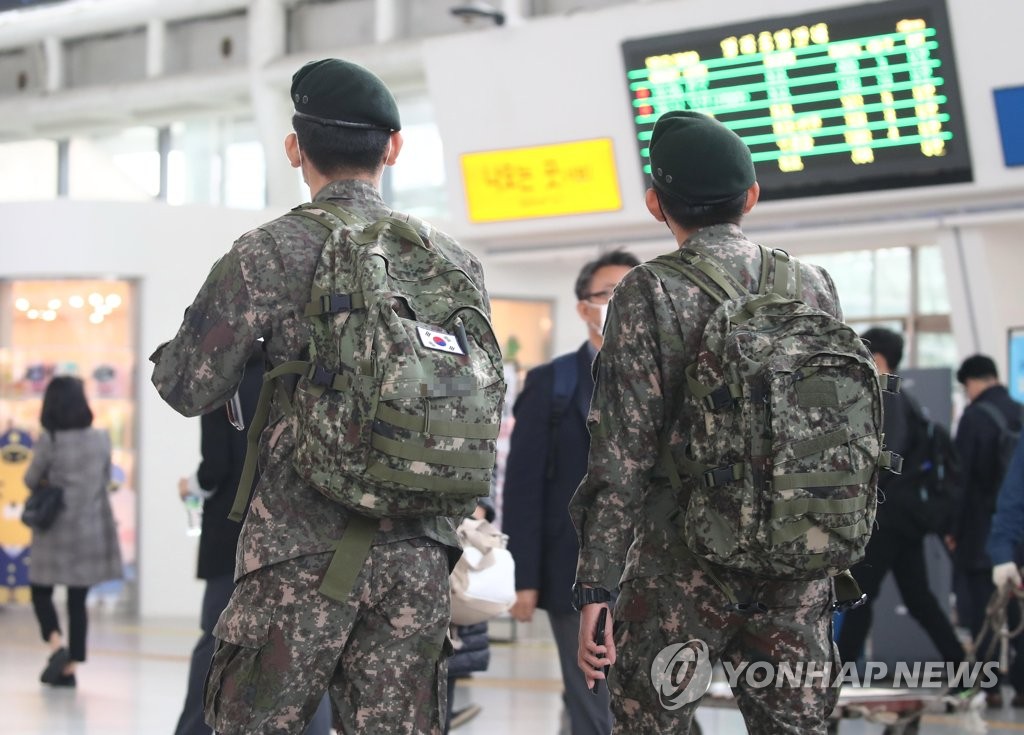