SEOUL, Dec. 15 (Yonhap) -- South Korean companies' earnings declined by the most in 11 years in 2019, as the manufacturing sector remained sluggish amid the global economic slowdown, data showed Tuesday.

Their combined before-tax net profit reached 102 trillion won (US$93.3 billion) in 2019, down 37.1 percent from the previous year, according to the data on 13,255 firms compiled by Statistics Korea.

It marked the sharpest on-year decline since 2008, when their earnings fell 43.6 percent.

In 2019, manufacturers, led by electronics and chemical makers, saw their pre-tax net profit fall as exports remained weak amid the global economic slowdown and the trade tension between the United States and China, according to the statistics agency.

The manufacturing sector, the backbone of the Korean economy, posted a pre-tax net profit of 64 trillion won in 2019, down 60 trillion won from a year earlier.

In 2019, the surveyed firms' combined sales reached 2,440 trillion won, down 0.6 percent from the previous year.

It marked the first on-year decline since 2015, when corporate revenues fell 3.2 percent.

The data, meanwhile, showed that 43 percent of the polled firms, or 5,695 companies, held subsidiaries at home and abroad.
China accounted for the biggest portion of overseas units with 28.2 percent, followed by the U.S. with 12.9 percent and Vietnam with 11.7 percent.

The agency said of the surveyed firms, 6,968 companies spent a combined 60.1 trillion won on research and development (R&D) in 2019, up 2.6 percent from a year earlier. 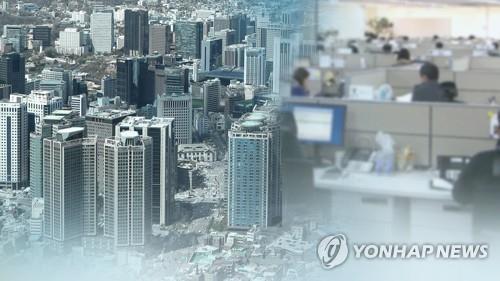 Corporate earnings dip by most in 11 years in 2019

Corporate earnings dip by most in 11 years in 2019