SEOUL, Dec. 18 (Yonhap) -- A year of dormant nuclear diplomacy with North Korea behind, South Korea is looking to 2021 for progress in its peace drive by harnessing coordination with the incoming U.S. administration of Joe Biden and potential dialogue opportunities like the Tokyo Olympics.

Unperturbed by deepening skepticism, the Moon Jae-in administration looks set to plow ahead with its engagement with Pyongyang that has been beset by pandemic-driven restrictions, pre-election uncertainties in the United States and deep-seated mutual distrust. 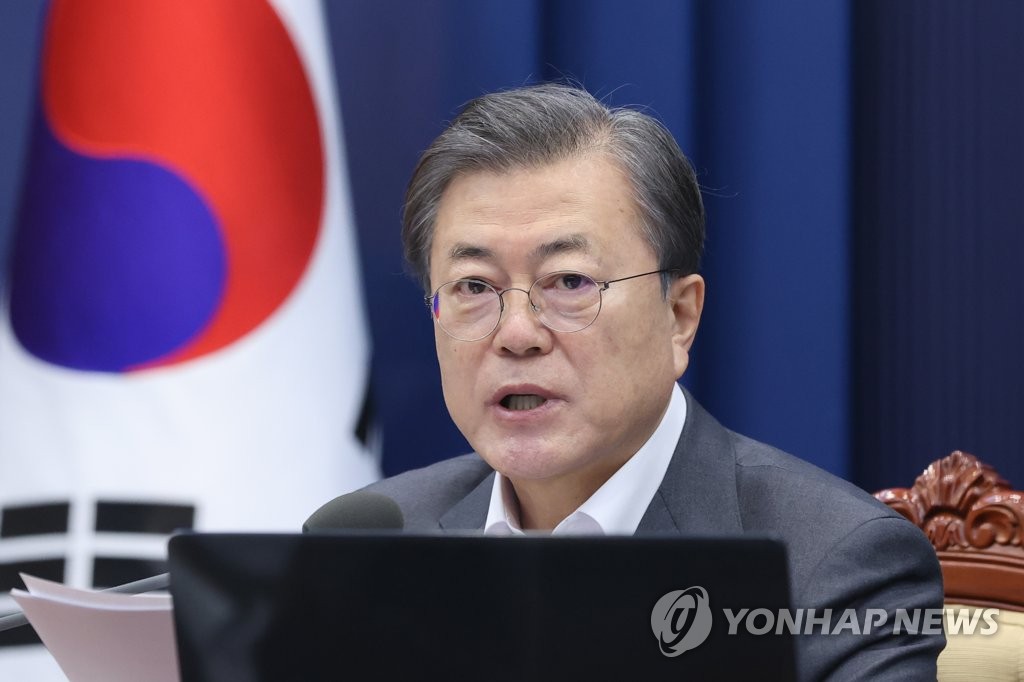 South Korea is pinning hopes on the launch of the Biden administration in January to chart a more realistic path to sustainable nuclear diplomacy with Pyongyang, though it may take months for the Biden team to set a concrete policy direction.

Engagement efforts could gain traction if the Tokyo Olympics sets the stage for dialogue between the two Koreas and between Washington and Pyongyang, analysts said. Seoul's proposal for cross-border cooperation in COVID-19 vaccinations could also nudge Pyongyang back to dialogue.

"Like the 2018 PyeongChang Winter Olympics having blazed a path for dialogue for peace on the Korean Peninsula, the Tokyo Olympics could serve as an opportunity to open the hitherto closed door in terms of inter-Korean ties, and relations between Japan and North Korea," Kim Yong-hyun, a North Korean studies professor at Dongguk University, said.

"Still far away, but the Beijing Winter Olympics slated for 2022 could be another venue for engagement with the North," he added, stressing the importance of close diplomatic cooperation with Japan and China in the following year.

Nuclear negotiations between the U.S. and the North have been deadlocked since the Hanoi summit between U.S. President Donald Trump and North Korean leader Kim Jong-un ended without a deal in February last year.

The impasse has brought inter-Korean ties to a standstill. Further worsening bilateral ties, the North blew up an inter-Korean liaison office, a symbol of cross-border communications in anger over anti-Pyongyang leaflets sent into the North.

Biden's election as the next U.S. president augured well for a more predictable, realistic approach to the North Korean nuclear quandary, though his apparent penchant for a conventional "principled" formula raised worries that nuclear talks could be slower than Trump's direct engagement with the North Korean leader.

Trump's unorthodox diplomacy resulted in his three meetings with Kim, including their countries' first-ever summit in Singapore in June 2018, where Kim professed his commitment toward the "complete denuclearization" of the Korean Peninsula.

But Washington's demand for sweeping denuclearization steps under an encompassing disarmament road map led to a prolonged impasse, which cast doubts over Trump's "top-down" negotiation approach.

Antony Blinken, Biden's pick for secretary of state, hinted at his inclination toward a different approach.

"The (Trump) administration may find merit in an interim agreement that requires North Korea to disclose all of its programs, freeze its enrichment and reprocessing infrastructure under international monitoring and destroy some warheads and missiles in return for limited economic relief," he wrote in his op-ed piece in The New York Times on June 11, 2018.

With Biden's foreign policy set to explore new negotiation tactics, observers said that Seoul should closely cooperate with the U.S. to find a coordinated way forward -- or at least to preclude Washington's return to the Obama-era policy of "strategic patience" that centered on waiting for the North to signal a change in its behavior while keeping diplomatic and economic pressure on it.

But some observers painted a sanguine outlook, anticipating the U.S. could draw on the 1999 Perry Process -- a three-stage proposal to tackle the North's nuclear problem, which involved the normalization of relations between the U.S. and the North. Former Defense Secretary William Perry proposed it.

Both Seoul and Washington shared the need to accelerate efforts to reengage with Pyongyang, as the regime has kept advancing its nuclear weapons program amid concerns that it could carry out a strategic provocation to test the Biden administration, dampening any mood for dialogue.

Aside from policy coordination with the U.S., South Korea is expected to crank up its diplomacy to mend relations with Japan to seize the Tokyo Olympics to catalyze reengagement with Pyongyang. Seoul and Tokyo have been in a protracted row over trade and wartime history.

Moon has recently named Kang Chang-il, a former four-term ruling Democratic Party lawmaker known for his deep expertise in Japanese affairs, as new ambassador to Japan -- a move that signaled his intention to patch things up with Japan.

Coordination with China is also a critical element in Seoul's equation to resolve the North Korean conundrum. Central to that is to map out a coherent strategy to steer clear of growing Sino-U.S. geopolitical tensions, analysts said.

Seoul has been seeking to arrange a visit to Seoul by Chinese President Xi Jinping in part to explore a coordinated method to bring Pyongyang back to dialogue to revive the stalled process for lasting peace on the peninsula. But his visit has been delayed due to the pandemic.

Well aware of all these complicated elements, President Moon reiterated that he would keep his foot on the gas pedal with his peace crusade.

"In tandem with the international community, including China, our government will not let up on efforts for an end to the war on the Korean Peninsula and for the complete denuclearization," Moon told the visiting Chinese foreign minister, Wang Yi, last month.

(Yearender) After year of dormancy, S. Korea looks to 2021 for reignited N.K. diplomacy

(Yearender) After year of dormancy, S. Korea looks to 2021 for reignited N.K. diplomacy