SEOUL, Dec. 15 (Yonhap) -- North Korea is likely to send a conciliatory message to the United States when it holds a rare party congress next month in a bid to leave room for negotiations before President-elect Joe Biden takes office, an expert said Tuesday.

Hong Min, a senior researcher at the Korea Institute for National Unification, made the remarks during a symposium, forecasting that Pyongyang is expected to use the congress to influence the Biden administration's policymaking on the North.

"North Korea's 8th party congress is expected to be held before the inauguration of the U.S. president. I think the North is trying to express their stance preemptively at the party congress with the possibility of sending a conciliatory message to leave room for negotiations as much as possible rather than taking a touch stance," he said.

"The North will maintain its stance on developing strategic weapons but at the same time it is likely to send messages on nuclear nonproliferation and disarmament and the peaceful use of nuclear weapons to leave room for nuclear talks with the U.S.," he added.

Hong also pointed out that the incoming Biden administration's message to Pyongyang on its willingness to inherit the current administration's agreements and negotiations with North Korea will be a crucial factor in how the North views Biden's policy.

Other factors expected to affect Pyongyang's policies toward Washington include how much importance Biden places on North Korea among his foreign policy priorities, as well as his policy on global sanctions and decision on whether or not to conduct joint military exercises with Seoul, the expert said.

The North said earlier this year it will hold the party congress next month to unveil a new economic development scheme. Observers say that it is also likely to disclose a new policy direction toward the U.S. and South Korea ahead of Biden's inauguration on Jan. 20. 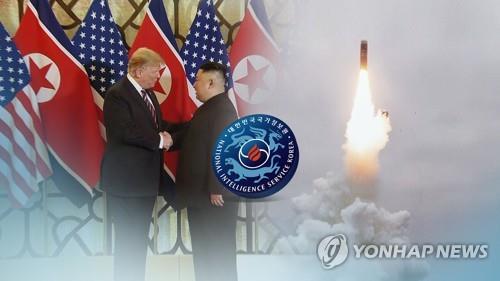 N.K. likely to use party congress to send conciliatory message to U.S.: expert

N.K. likely to use party congress to send conciliatory message to U.S.: expert