During a vaccine procurement-related government meeting, Chung said that authorities will establish a meticulous plan to allow prepurchased vaccines to be "acquired properly from the first quarter of next year" so that they can be administered according to plan.

The pan-ministerial meeting at the government complex in Seoul was attended by the finance, foreign and health ministers and the head of the Korea Disease Control and Prevention Agency. 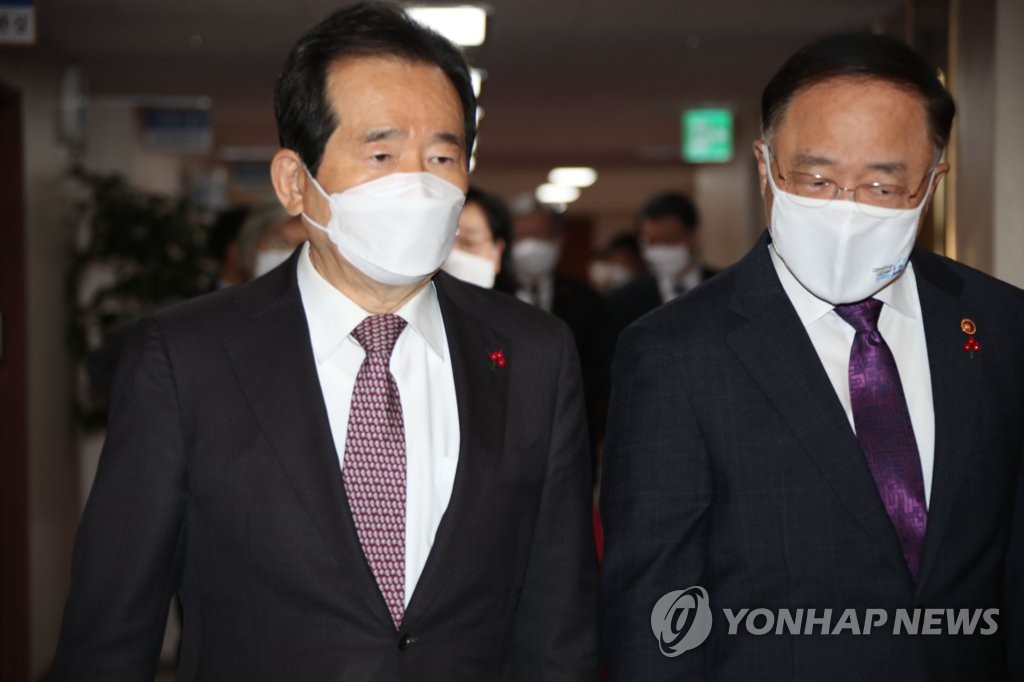 The prime minister acknowledged that there were growing demands for the swift introduction of vaccines, amid the resurgence of new virus cases across the country and news that vaccines were starting to be administered to the general public in Britain and the United States.

Chung promised that he will personally oversee the entirety of the vaccine program, from procurement to inoculation, so as to reassure the public from anxieties related to vaccine obtainment.

He also said the government will do all it can to bring in already-secured vaccine volume at the earliest date to make sure that inoculations are not delayed.

The prime minister plans to hold the vaccine procurement meeting with officials from involved ministries and state agencies once every week.

The health ministry announced last week that the country has secured early access to COVID-19 vaccines developed by four pharmaceutical companies and from a global vaccine project for 44 million people.

The government said it has completed the deal with AstraZeneca Inc. and is in the process of finalizing the agreement with other suppliers, namely Pfizer, Johnson & Johnson's Janssen and Moderna. 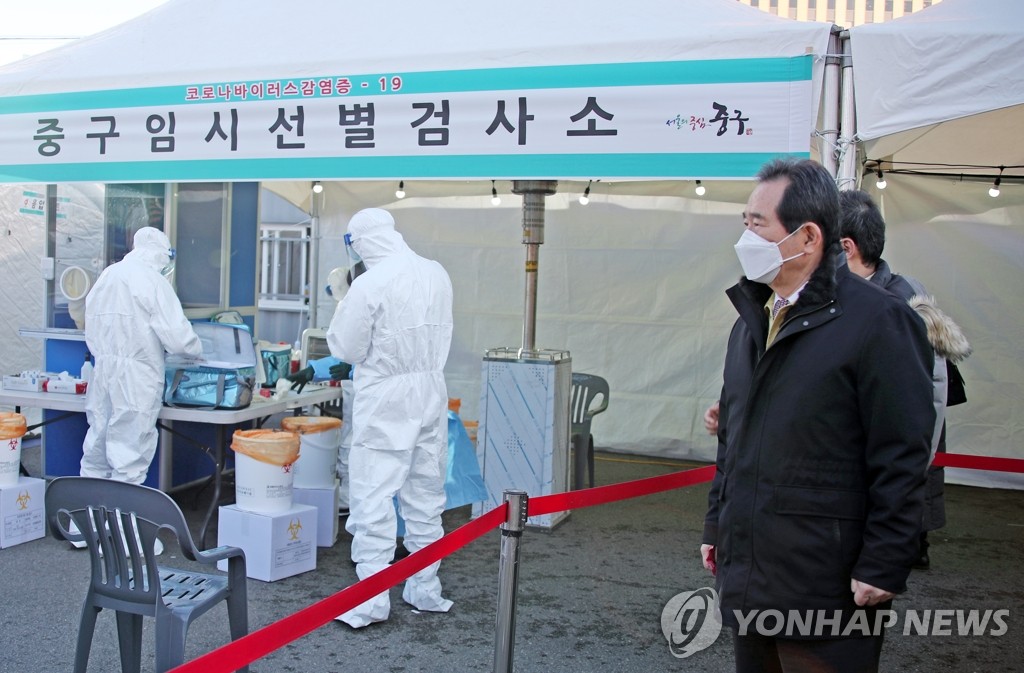 Later in the day, Chung visited a temporary coronavirus testing center established at Seoul Station in response to the recent surge in infections, especially in the capital and nearby areas.

He said it's important to find coronavirus patients who are asymptomatic via "preemptive" infection tests and to cut the link of virus spread.

He stressed that the government, local authorities and the people should join forces to overcome the third wave of large-scale COVID-19 outbreaks in South Korea.