South Korea will sign a contract with the Lockheed Martin Corp. subsidiary this year for the 960 billion won (US$878 million) project to purchase maritime choppers to boost the Navy's detection and attack capabilities against enemies' vessels and submarines, according to the Defense Acquisition Program Administration.

A total of 12 Seahawks will arrive here by 2025 in phases, an agency official said.

The 19.76-meter-long and 5.1-meter-high chopper with the maximum cruising speed of 267 kilometers per hour can handle multiple missions, including operations of warfare, search, rescue, and medical evacuation. 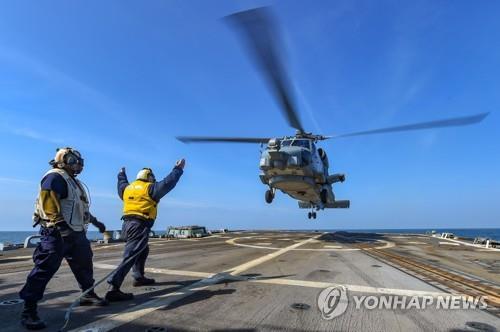