The remarks came days after the U.S. Congress passed the defense bill that seeks to provide US$740 billion in defense spending in the fiscal year 2021.

Trump earlier said the defense bill will be one of the first he will veto, claiming it will only benefit China. 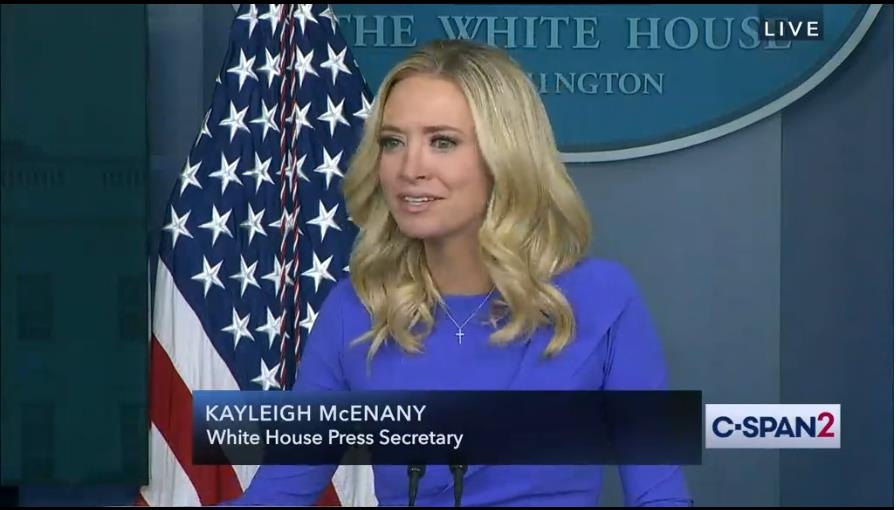 Asked why the president planned to veto the bill, the White House spokeswoman said the president had a number of "problems" that include its limit on troop withdrawal.

"He also has other important priorities, and I should say problems, with the NDAA...one provision of concern is about troop withdrawal and deployment in Afghanistan, South Korea and Germany," she told the press briefing.

The bill, however, passed both the Senate and House of Representatives with veto-proof margins, meaning a veto by the president may easily be overridden in future votes.

The defense bill states, "None of the funds authorized to be appropriated by this Act may be used to reduce the total number of members of the Armed Forces serving on active duty who are deployed to South Korea below 28,500."

The bill, even if enacted as is, may still allow a reduction of U.S. troops in South Korea, but it will require the defense secretary to show and certify to Congress why such a move would better serve the interest of the United States, as well as its allies, including South Korea.