The country added 1,078 more COVID-19 cases, including 1,054 local infections, raising the total caseload to 45,442, according to the Korea Disease Control and Prevention Agency (KDCA).

Wednesday's daily caseload is higher than the previous record of 1,030 on Sunday, which was the first time for the number to breach the 1,000 mark.

After falling to 718 on Monday due to fewer tests being carried out over the weekend, infections rebounded to 880 the previous day, as health authorities expanded free COVID-19 tests to find more potential cases.

Health authorities expect the country's daily virus caseload may reach up to 1,200. 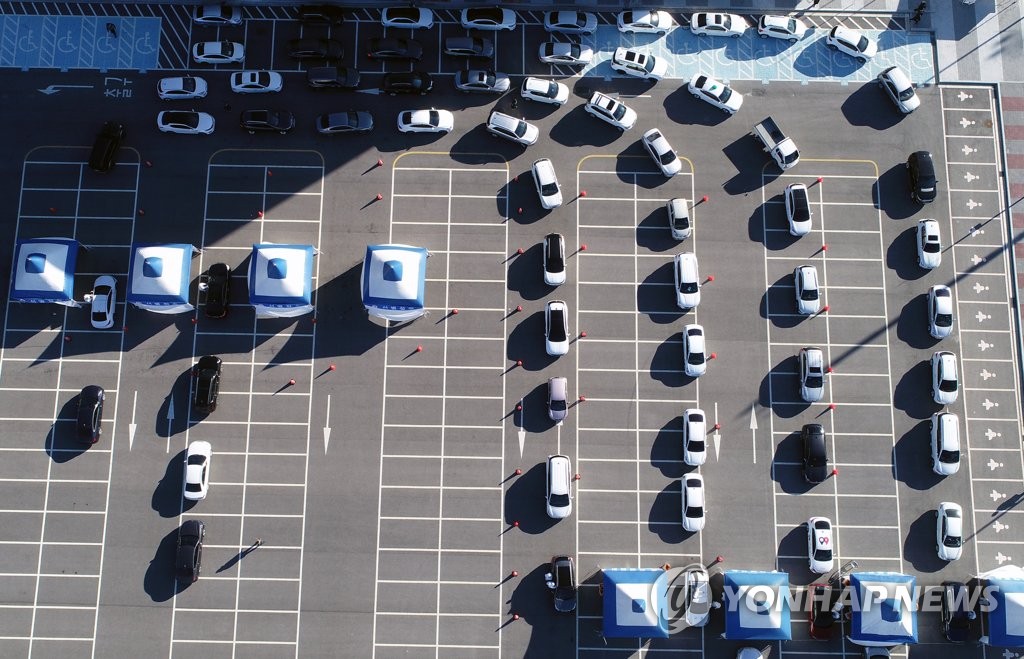 Health authorities are focusing on securing more hospital beds while finding asymptomatic "hidden spreaders," instead of adopting the Level 3 social-distancing scheme, the toughest measure under the country's five-tier alert system.

South Korea has been cautious in adopting Level 3 as the move will cause economic damage to shop owners and self-employed people.

Health authorities acknowledged that the current social distancing, the second highest, has failed to flatten the virus curve and hinted it will not hesitate to adopt Level 3 when necessary.

Level 3 can be adopted when locally transmitted cases surge to between 800 and 1,000 or the daily tally doubles from the previous day.

Under the highest level, any gatherings of 10 or more people will be banned, which is stricter than the current ceiling of 49.

Schools will be fully shut down, and companies are required to have nonessential employees work from home. 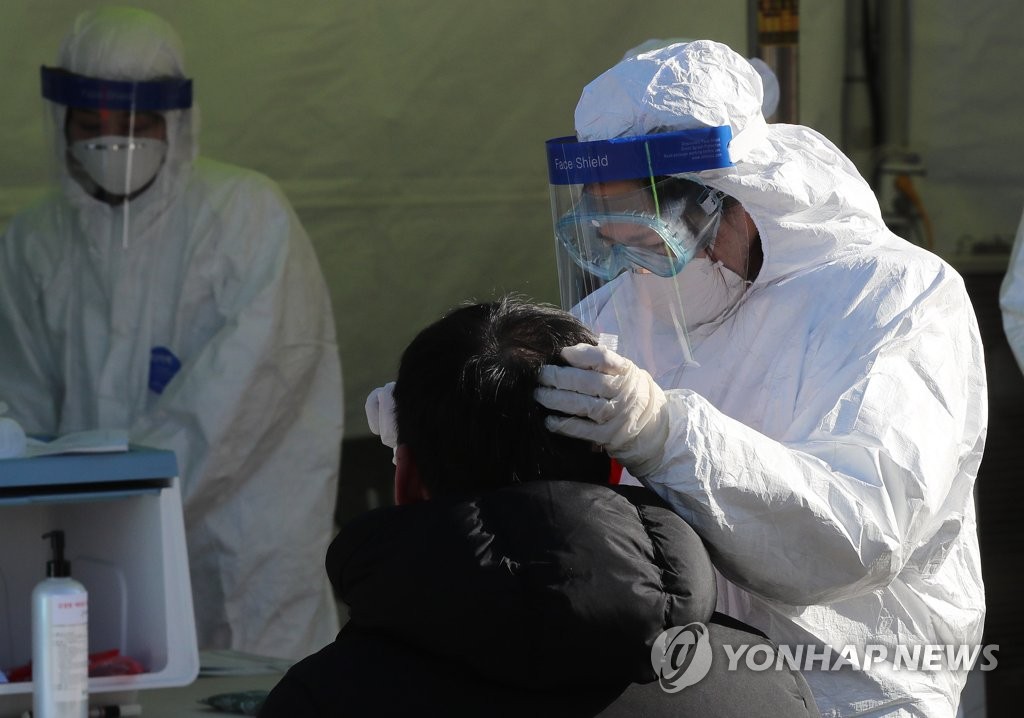 Of the locally transmitted cases, the capital city of Seoul accounted for 373 cases, and the surrounding Gyeonggi Province took up 320. Incheon, west of Seoul, had 64 new cases. The three areas account for around half of the nation's population.

The United States accounted for seven cases followed by Indonesia with six. There were also cases imported from other countries, including Uzbekistan, Russia, Japan and Canada.

The number of seriously or critically ill COVID-19 patients reached 226, up 21 from the previous day.

The KDCA reported 12 additional deaths, raising the total to 612. On Tuesday, the country reported 13 deaths, a record high.

The number of people released from quarantine after making full recoveries came to 388, raising the total to 32,947. This indicates around 72.5 percent of local patients have been cured.

The ratio of people testing positive reached 2.27 percent, compared to 1.99 percent a day earlier, when 44,181 tests were carried out.