SEOUL, Dec. 16 (Yonhap) -- Samsung Electronics Co. said Wednesday it plans to expand its foldable smartphone lineup next year and hinted that stylus support may be available to more Galaxy devices as the South Korean tech giant revealed its mobile business goals for 2021.

"True to our heritage of staying ahead of the curve with trailblazing mobile tech, we'll be expanding our portfolio of foldables, so this groundbreaking category is more accessible to everyone," Roh said in a message posted on the company's website.

Roh also hinted that the S-Pen stylus may be used in more devices in addition to the Galaxy Note phablets. Foreign tech reviewers have been predicting that the high-end model of the upcoming Galaxy S21 smartphone may come with the stylus. 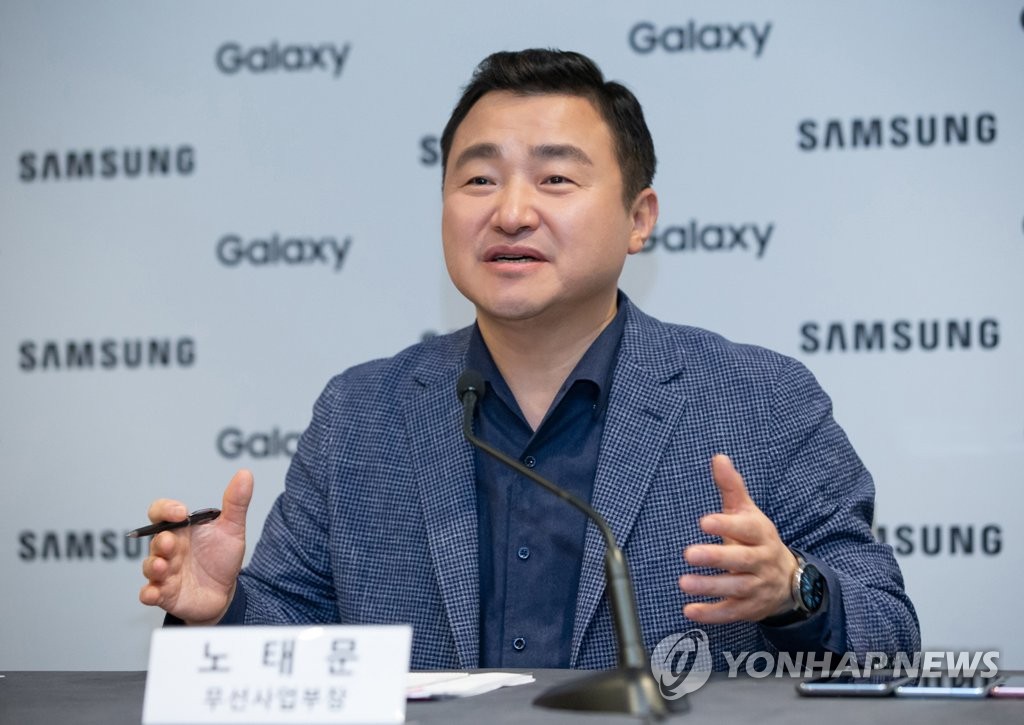 "We've also been paying attention to people's favorite aspects of the Galaxy Note experience and are excited to add some of its most well-loved features to other devices in our lineup," he said.

Roh confirmed that Samsung will hold its Galaxy Unpacked event in January. Usually, the company has been holding the event in February to introduce its new smartphones.

Sources said Samsung may unveil its new Galaxy S21 smartphone series on Jan. 14 and launch the devices on Jan. 29.

"Limitations and boundaries are for other brands," Roh said. "I look forward to sharing more in January!"

Roh said Samsung's new smartphones in 2021 will have "super-intelligent, pro-grade camera and video capabilities" due to the pandemic-driven stay-at-home trend.

"The Samsung Galaxy will be more than ready to meet the demands of the video-obsessed in 2021," he said. "When it comes to advancement in this space, it's going to be an epic new year."

"Thanks to the open ecosystems we've created working in tandem with other like-minded industry leaders, we're developing connected, compatible innovation that will take us into an exciting new era of integrated mobile experiences," he said.

Samsung to expand foldables, hints at stylus support on other devices

Samsung to expand foldables, hints at stylus support on other devices