Hydrogen can offer solutions in fields ranging from transport to energy storage as an alternative to fossil fuels and is an important pillar of President Moon Jae-in's Green New Deal initiative aimed at going carbon neutral by 2050 and developing renewable energy industries.

Hyundai Motor Group, the world's fifth-largest automotive group, is on the front of the hydrogen business in the nation with two decades of expertise in developing the hydrogen fuel cell system for vehicles.

FCEVs run on pressurized hydrogen and create electricity by chemically fusing it with oxygen in a fuel stack. 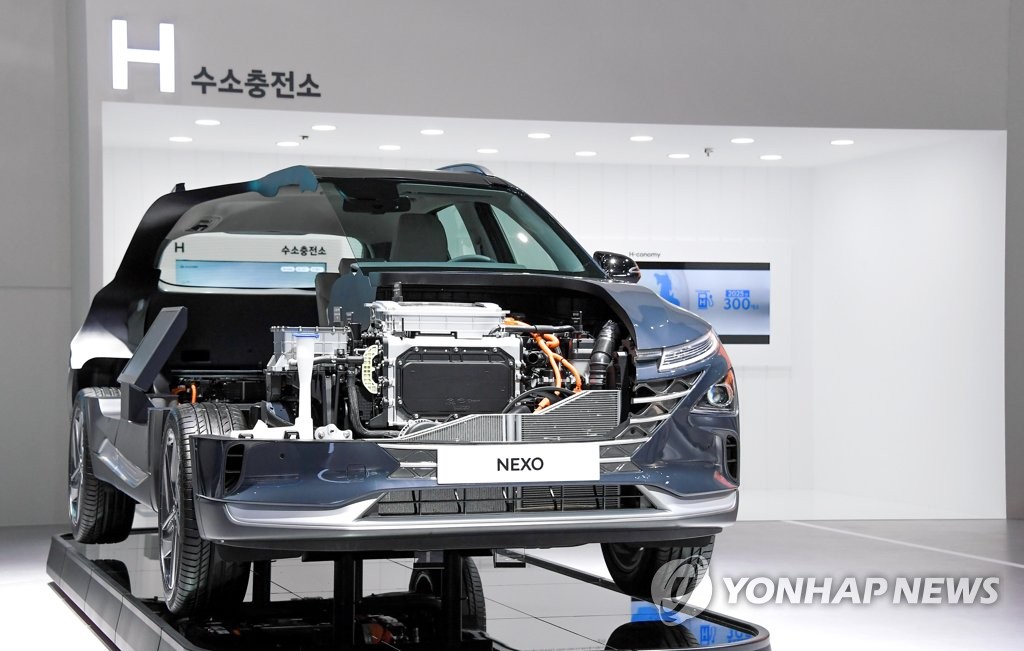 According to SNE Research, Hyundai Motor sold 4,917 FCEVs in the first nine months of this year, accounting for 73.8 percent of the global market.

In July, Hyundai shipped 10 XCIENT trucks to Switzerland as part of its contract to export a total of 1,600 of them to the European nation by 2025.

As fuel cell vehicles remain a niche segment due to lack of fueling stations and limited models, Hyundai said it will explore ways to expand the applications of its fuel cell systems in a wide range of areas.

Hyundai Motor is set to launch a brand dedicated to its fuel cell system, called HTWO, which stands for the hydrogen molecule H2, to target major markets, including South Korea, the United States, Europe and China.

SK Group, the nation's third-largest conglomerate whose businesses range from semiconductor and telecom to refinery and battery, said it plans to produce hydrogen utilizing its energy infrastructure. 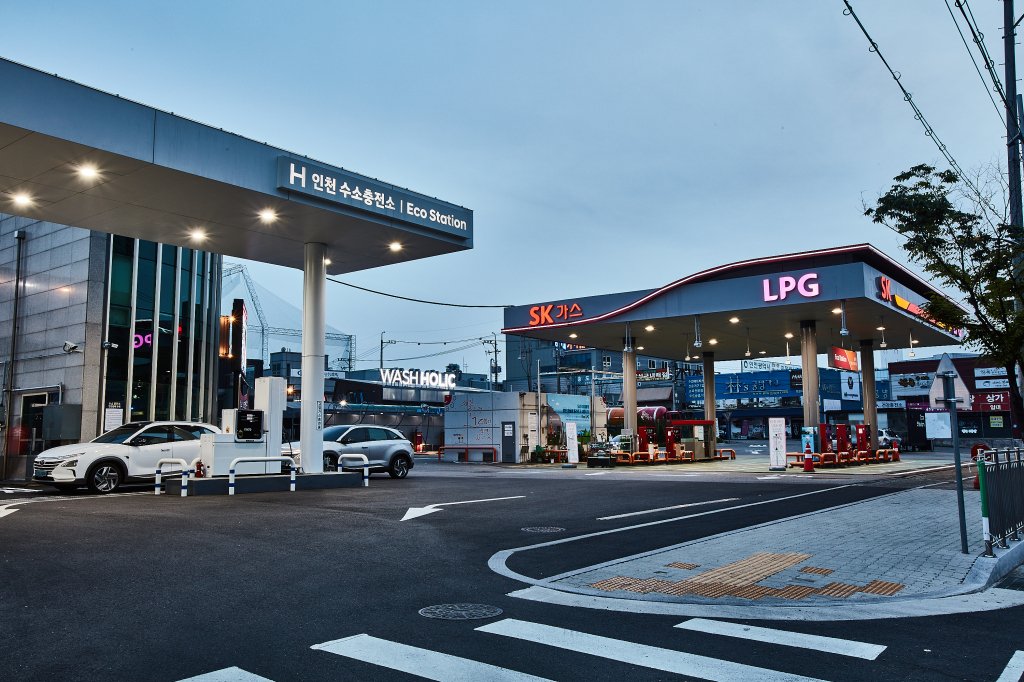 SK E&S said it will also begin producing 250,000 tons of "blue" hydrogen per year in 2025 using its imported natural gas, and develop "green" hydrogen technology in the long term.

"The group's investment in the hydrogen industry means that SK's portfolio is shifting toward the eco-friendly business," an SK Holdings official said. "We will utilize the energy business infrastructure to create a hydrogen ecosystem to tap into the global market."

POSCO, the world's fifth-largest steelmaker by output, is also stepping up efforts to expand its hydrogen business and establish supply chains, targeting 5 million tons of annual hydrogen production by 2050.

"We will take a leading role in producing and supplying hydrogen, the key of the next-generation clean energy," POSCO CEO Choi Jeong-woo said. "POSCO will contribute to the hydrogen ecosystem in line with the nation's net zero carbon goal." 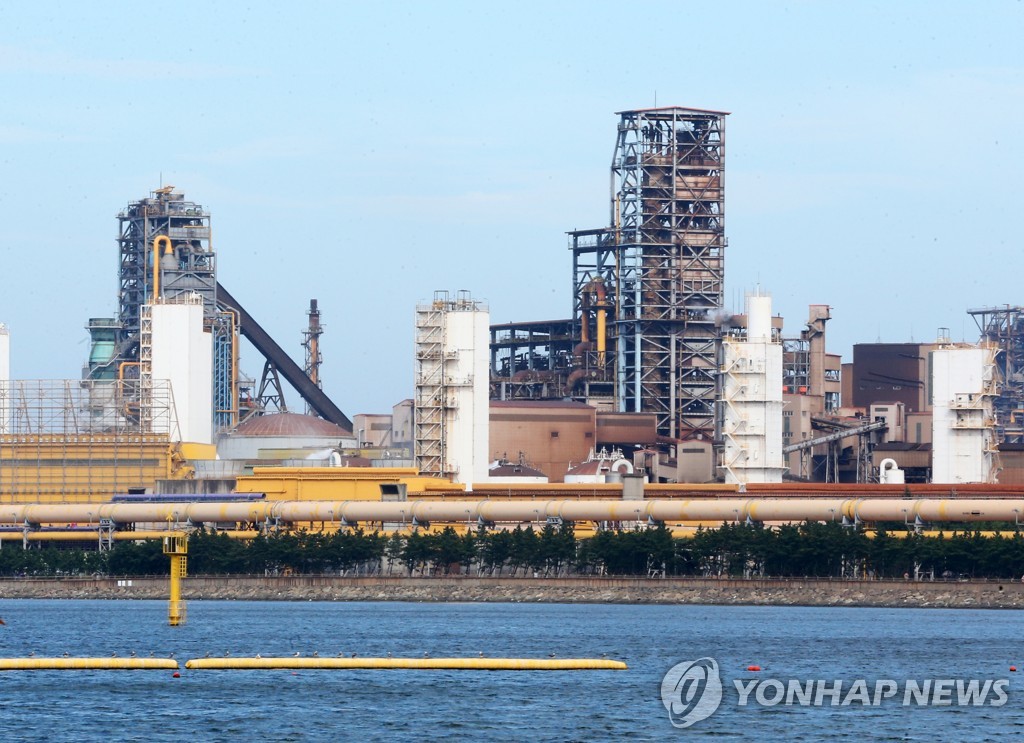 Market watchers say the traditional manufacturing industry's aligning strategy is an inevitable trend to join the global shift to the renewable energy economy.

"The hydrogen industry is gaining attention as major economies have announced their carbon neutral goals to fight climate change," Im Eun-young, an analyst at Samsung Securities, said. "While investors mainly focused on the fuel cell system and hydrogen vehicles, they have been growingly paying attention to the value chain, ranging from production and distribution to utilization."

Experts said the government and companies have to work together to develop technologies to produce green hydrogen at scale to achieve the zero-emission goal. In the meantime, blue hydrogen will remain as an interim model for building scale and lowering costs, they noted.

"It would be inevitable to expand production of grey and blue hydrogen for at least the next 10 years," Jun Hye-young, an analyst at KTB Investment & Securities, said. "While SK's and POSCO's plans to produce hydrogen are expected to benefit from growing demand in the short term, their strategy focused on grey hydrogen is not compatible with the government's carbon neutral goal for 2050."

Hydrogen is still new to South Korea's energy portfolio, considering it only took up around 0.3 percent of the country's combined power generation in 2018. South Korea produced 375.5 megawatts of power from 50 hydrogen fuel cell plants in 2018, according to the energy ministry.