About 960 soldiers from the Capital Defense Command, along with 41 medical staff members, were sent to 160 public health centers in the greater Seoul area to guide citizens visiting the virus test facilities for the next three weeks, according to the military.

The move came as South Korea added 1,078 more COVID-19 cases Wednesday, raising the total caseload to 45,442. It is higher than the previous record of 1,030 on Sunday, which was the first time for the daily number to cross the 1,000 mark.

As the country struggles to stem the third wave of infections in the winter season, the Army has already sent 379 officers from the Special Warfare Command to support the government's antivirus activities Monday.

"The Army considers the situation as a national emergency and is helping the government's COVID-19 response efforts to mobilize all available resources," it said in a release. 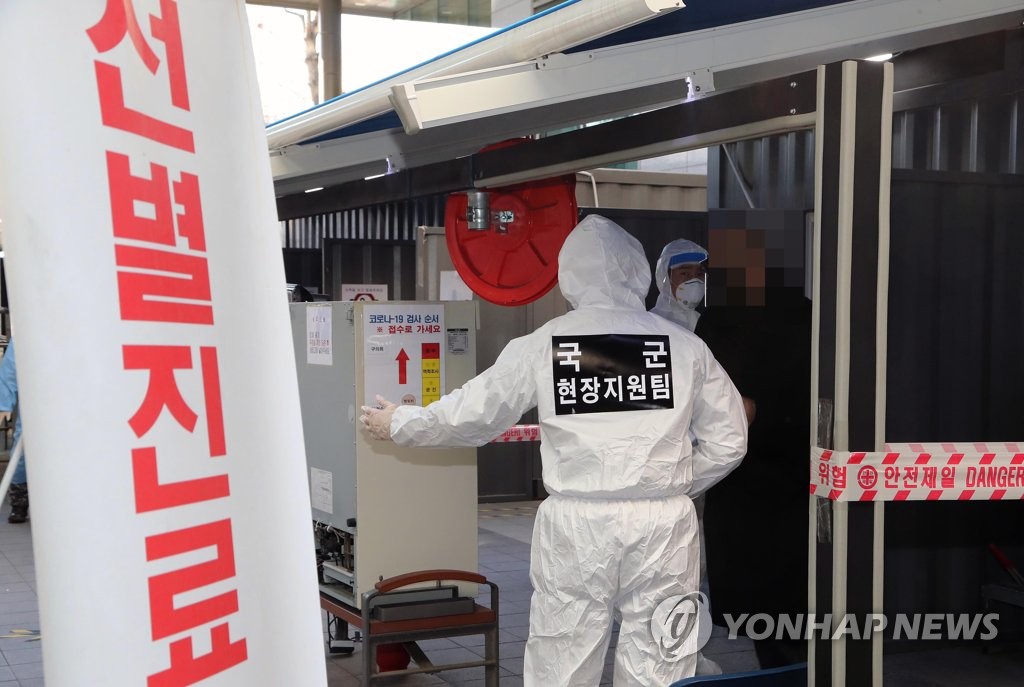 The Armed Forces General Hospital in the central city of Daejeon also started receiving COVID-19 patients earlier in the day amid concerns over a possible hospital bed shortage.

Two other military hospitals in the southeastern city of Daegu and the northern city of Goyang will also open to civilians soon, according to the defense ministry.

In barracks, two Marine officers in Gimpo, west of Seoul, and an Army soldier in Paju, north of the capital, have tested positive for the new coronavirus, bringing the total number of infections among the military population to 472.

The Marines were confirmed to have contracted the virus after one of their family members first tested positive. The soldier in Paju was infected after virus cases were reported at his unit.

Following a series of virus cases reported among service members upon their return from emergency leave, the ministry said it will recommend troops take virus tests before returning if they visited the metropolitan area during their leave. 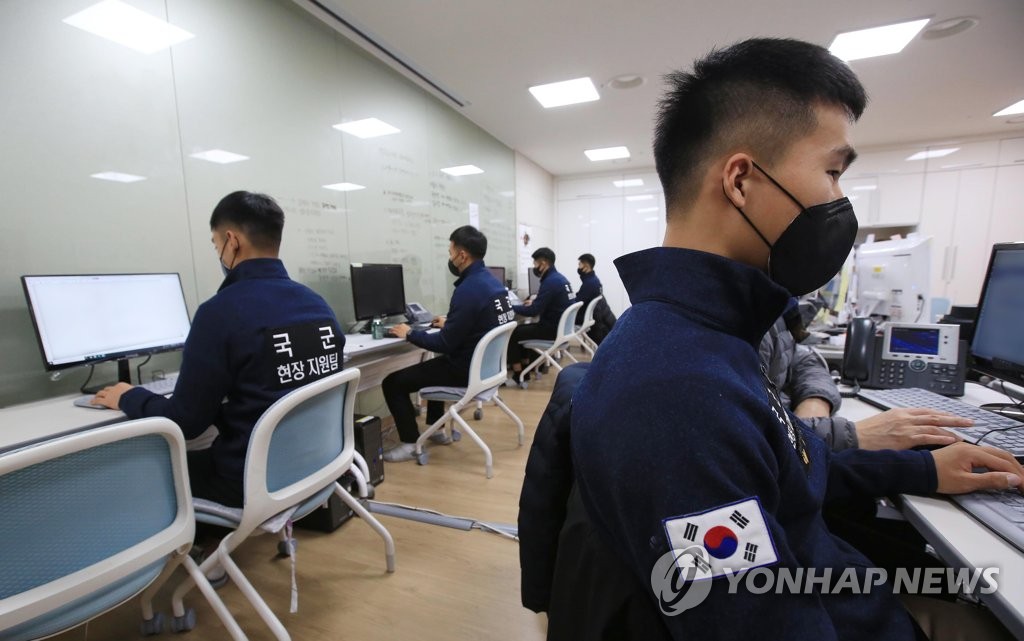