The country has culled 5.59 million birds as preventive measures since reporting the first farm-related case in late November, according to the Ministry of Agriculture, Food and Rural Affairs. 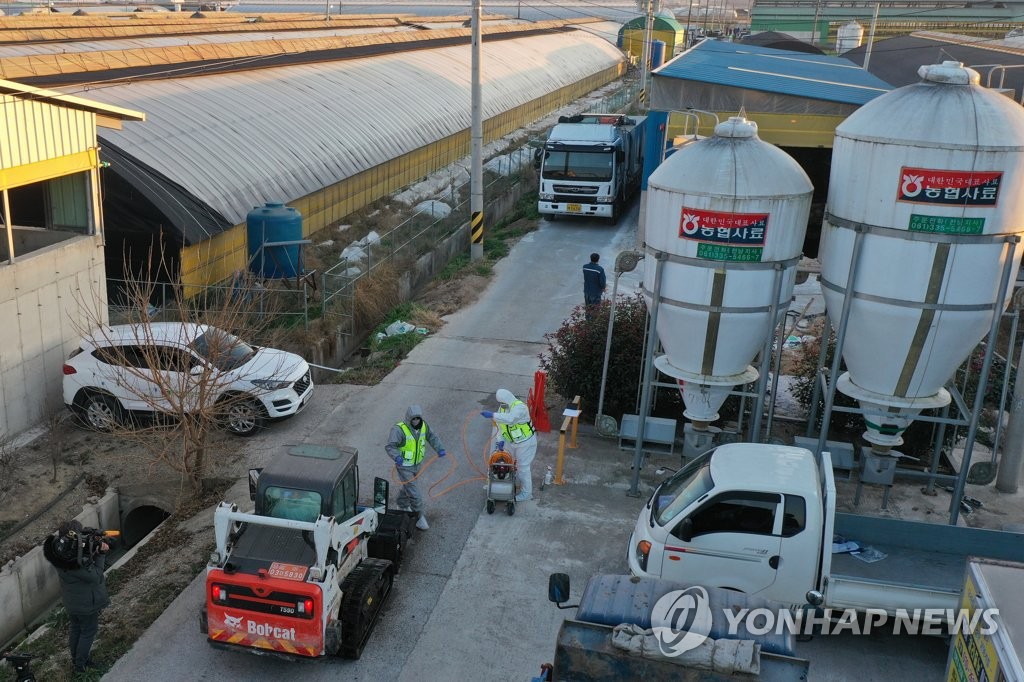 There were also cases from the provinces of South and North Chungcheong, along with South Gyeongsang.

Authorities are currently investigating a suspected case from an egg farm in Hwaseong, south of Seoul. The farm was raising 90,000 chickens.

The country reported this year's first highly pathogenic avian influenza case from wild birds in late October. Since then, a total of 29 cases have been found from wild bird habitats nationwide.