SEOUL, Dec. 16 (Yonhap) -- The defense ministry said Wednesday it will complete reducing the mandatory military service period to 18 months by next year as planned as part of a series of reform projects under way to make the military "smaller and stronger."

During a meeting on defense reform presided over by Defense Minister Suh Wook, officials said the military is on course to cut the service period for Army draftees to 18 months by December 2021, according to the ministry.

Other reform measures include raising the proportion of female service members and decreasing the number of generals with one to four stars.

The number of female service members stood at 7.4 percent this year, 0.6 percentage point higher than the previous year.

Among 76 general positions subject to reduction, 46 have been cut so far, the ministry said.

South Korea has been reorganizing units and deploying weapons developed with latest technologies to cope with a shrinking population.

In October, Mo Jong-hwa, the chief of the military recruitment agency, said the country is expected to experience troop shortage starting in 2032.

"The defense ministry will continue efforts to effectively wrap up the reform by the current administration," the ministry said in a release. 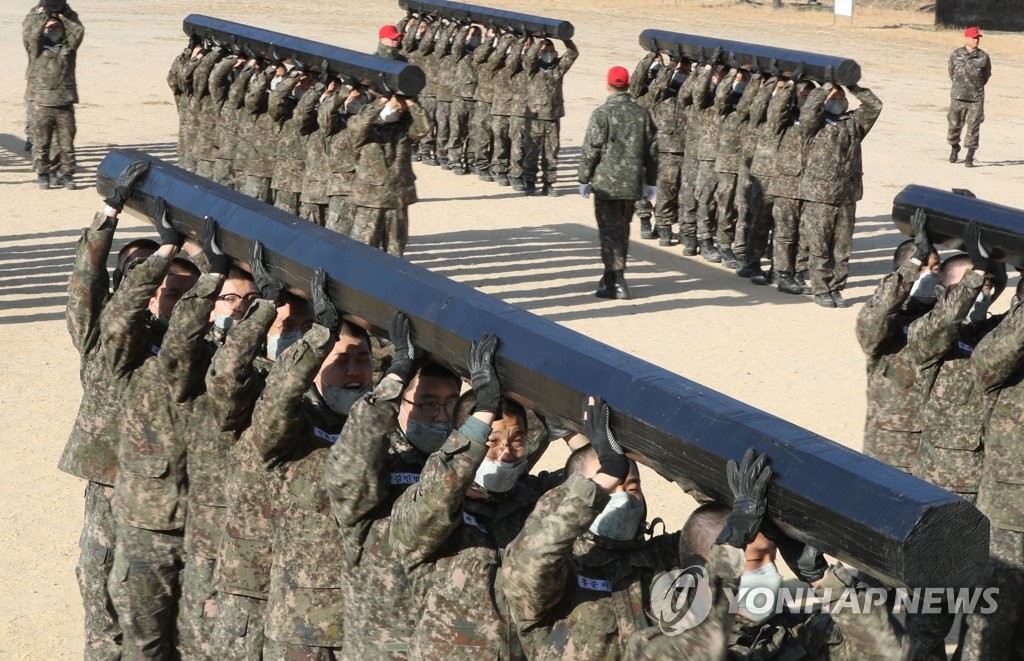