WASHINGTON/SEOUL, Dec. 16 (Yonhap) -- South Korea and the United States have agreed to extend a US$60 billion bilateral currency swap agreement by another six months in an effort to help ease market uncertainties amid a global resurgence of coronavirus infections, the U.S. Federal Reserve Board (FRB) said Wednesday.

In late March, the Bank of Korea and the U.S. Federal Reserve signed the bilateral currency swap facility to help ease financial market jitters caused by the pandemic.

The swap agreement, which is set to end on March 31, will be extended until Sept. 30.

"These facilities were temporarily established in March 2020 to ease strains in global dollar funding markets resulting from the COVID-19 shock and mitigate the effect of such strains on the supply of credit to households and businesses, both domestically and abroad," the FRB said in a statement, adding that swap lines with eight other countries, including Australia, Brazil and Singapore, have also been extended.

"A further extension of these facilities will help sustain recent improvements in global U.S. dollar funding markets by serving as an important liquidity backstop," it said.

The BOK said the extension is aimed at "preemptively coping with uncertainties in the wake of a resurgence of COVID-19."

It was the second time that the BOK and the U.S. Federal Reserve extended the deal. In July, they extended the deal, which had been originally set to end on Sept. 30 this year, until March 31, 2021.

The BOK supplied a combined $19.87 billion to banks by using the swap arrangement between March and May.

The latest currency swap deal marked the second of its kind to be signed with the U.S. after a won-dollar swap line signed in October 2008 at the height of the global financial crisis. 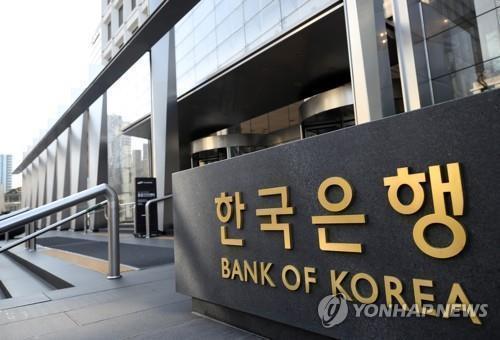