In an online video demonstration, the carrier tested the self-driving vehicle, which traveled about five minutes on roads in western Seoul and managed to park itself in a public parking lot.

The test car, a Genesis GV80 SUV equipped with lidar and radar sensors, started off on a road 800 meters away from the parking lot, following traffic signals on the way and parking in a tight space unscathed.

LG Uplus said the autonomous parking demonstration was the world's first to use the latest generation network, which allows self-driving vehicles to instantaneously receive traffic signal information, instead of simply recognizing them through sensors, and boost passenger safety.

The carrier said it developed the technology with Hanyang University's ACE Lab and local self-driving technology company Controlworks, which also allows users to control the test cars remotely through a mobile application.

The mobile carrier's latest development follows its demonstrations last year when its test vehicles roamed around roads in the capital, relying on sensor technology.

LG Uplus said it had completed 137 trials of autonomous parking using 5G technology prior to the latest demonstration.

It added it will test the technology for the wider public as early as next month.

South Korea has been actively pursuing the development of autonomous vehicles, with the government vowing early this year to spend 1.1 trillion won (US$1 billion) for research on the technology by 2027. 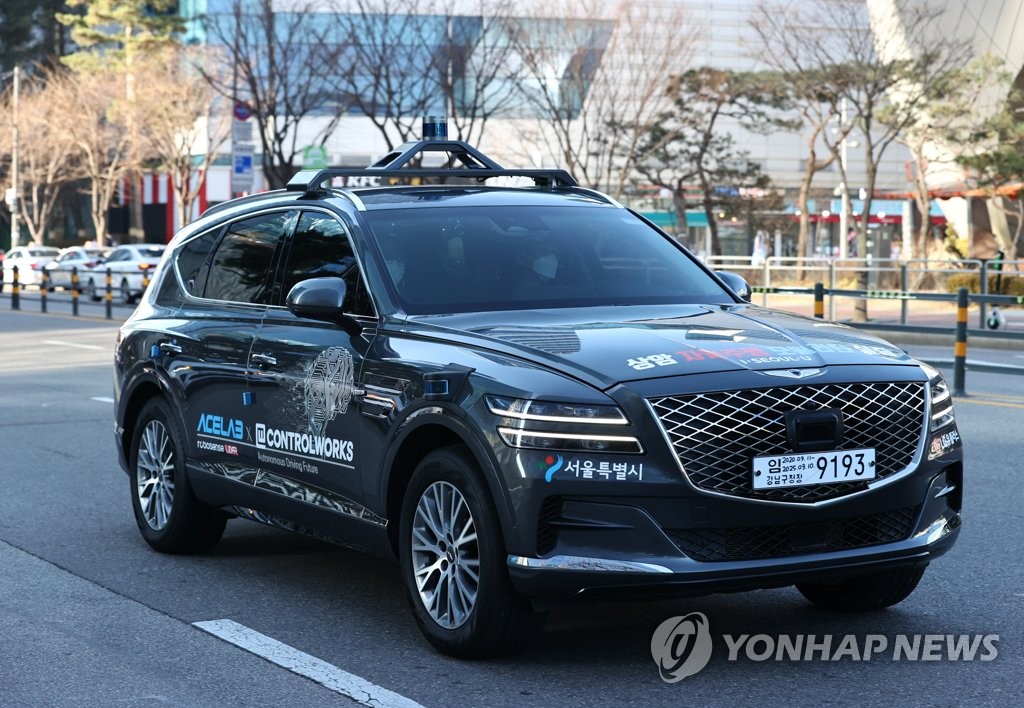