SEOUL, Dec. 17 (Yonhap) -- South Korea began producing ground vibration sensors on a trial basis to install on the border with North Korea, officials said Thursday, after the military failed to detect a North Korean jumping over barbed wire fences on the border in a defection bid last month.

The system is designed to sense vibrations on the ground and ring an alarm bell to allow troops to detect infiltrators, as it is to be equipped with diverse sensors, such as infrared, image and vibration sensors, according to the Defense Acquisition Program Administration (DAPA).

The agency launched the project in December last year in cooperation with Hanwha Systems Co. and is currently building a prototype. After wrapping up necessary tests by 2022, it plans to deliver the equipment to the military around 2023, according to officials.

The new system, the first of its kind in South Korea, will likely be established around general outposts, along with the Demilitarized Zone and coastal areas near the border, they added.

The military has come under fire for security lapses in border regions and vowed to seek ways to prevent recurrences.

In November, a North Korean civilian was captured hours after he crossed the inter-Korean border by jumping over barbed wire fences in the eastern town of Goseong in a suspected defection attempt.

"The equipment is expected to serve as a useful surveillance tool to help minimize a possible security vacuum in the future," DAPA said in a statement. 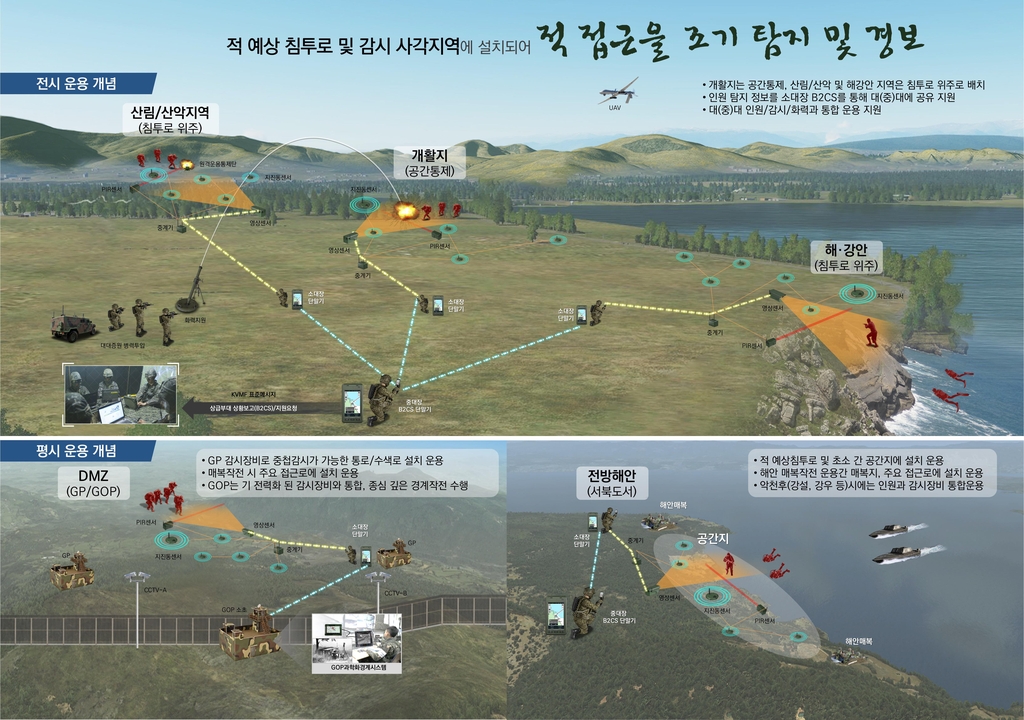