The country added 1,062 more COVID-19 cases, including 1,036 local infections, raising the total caseload to 47,515, according to the Korea Disease Control and Prevention Agency (KDCA).

It is the first time that the daily number has stayed above 1,000 for the third consecutive day. The country reported record high daily virus cases of 1,078 on Wednesday, and the figure slightly fell to 1,014 the previous day. 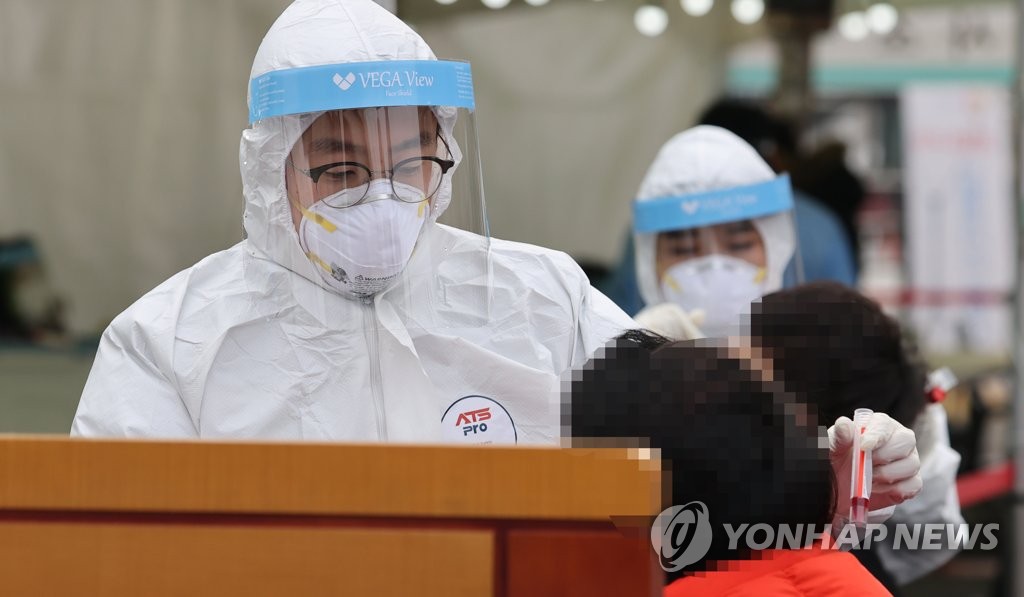 The resurgence of new virus cases has been putting pressure on local authorities to raise the country's virus response measures to the highest level, but they are still reluctant to do so, as the strongest virus curbs, the highest under the five-tier scheme, would paralyze most economic and social activities.

South Korea has been applying Level 2.5 social distancing in the greater Seoul area.

Level 3 can be adopted when locally transmitted cases hover between 800 and 1,000 for a week or the daily tally doubles from the previous day. The recent virus tally has already met such requirements.

Health authorities say they will focus on finding "hidden spreaders" by conducting more COVID-19 tests, instead of immediately adopting Level 3.

"The government has expanded the number of tests to promptly find infected patients. Makeshift clinics in the greater Seoul area now operate during late hours as well as weekends," Sohn Young-rae, a senior health official, said.

Sohn said the country was able to find 170 more patients over the past four days via 122 more makeshift clinics in the greater Seoul area. 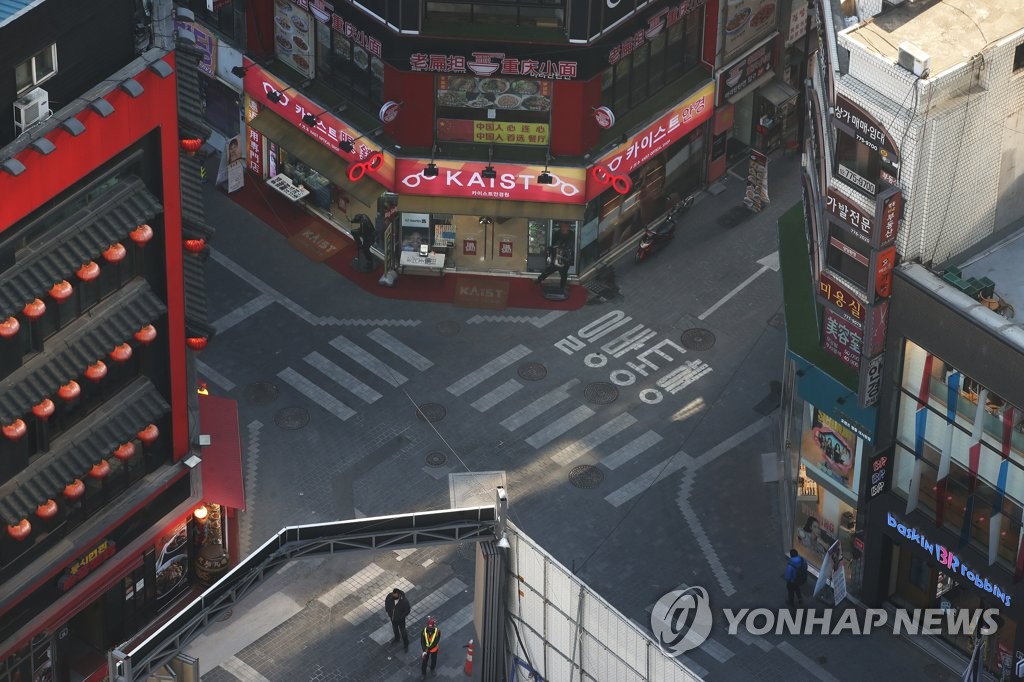 Under the highest level, any gatherings of 10 or more people will be banned, which is stricter than the current ceiling of 50. This is expected to be more burdensome for the local economy, which shows signs of a mild rebound.

The government warned that the ceiling on the number of people may even be revised to only five. Authorities are currently working on details.

Schools will be fully shut down, and companies are required to have nonessential employees work from home as well.

"Shops that do not sell daily necessities or medical supplies will be closed down, along with theaters, wedding halls, and PC cafes," Sohn said, hinting the number of visitors at supermarkets will also be limited.

Health authorities will iron out measures to avoid implementing the highest level of social distancing.

"For now, it is our priority to implement the current level of social distancing thoroughly," Prime Minister Chung Sye-kyun said during a meeting at the Central Disaster and Safety Countermeasure Headquarters.

"Under Level 3, around 2 million shops and facilities will be ordered to shut down," the prime minister added. "We also need to earn enough consensus (before moving on to the highest level)."

Meanwhile, chains of cluster infections from offices, religious facilities and nursing homes have continued to pop up.

The growing number of deaths and shortages of hospital beds are also key challenges for health authorities. On Thursday, daily fatalities hit a fresh high of 22. 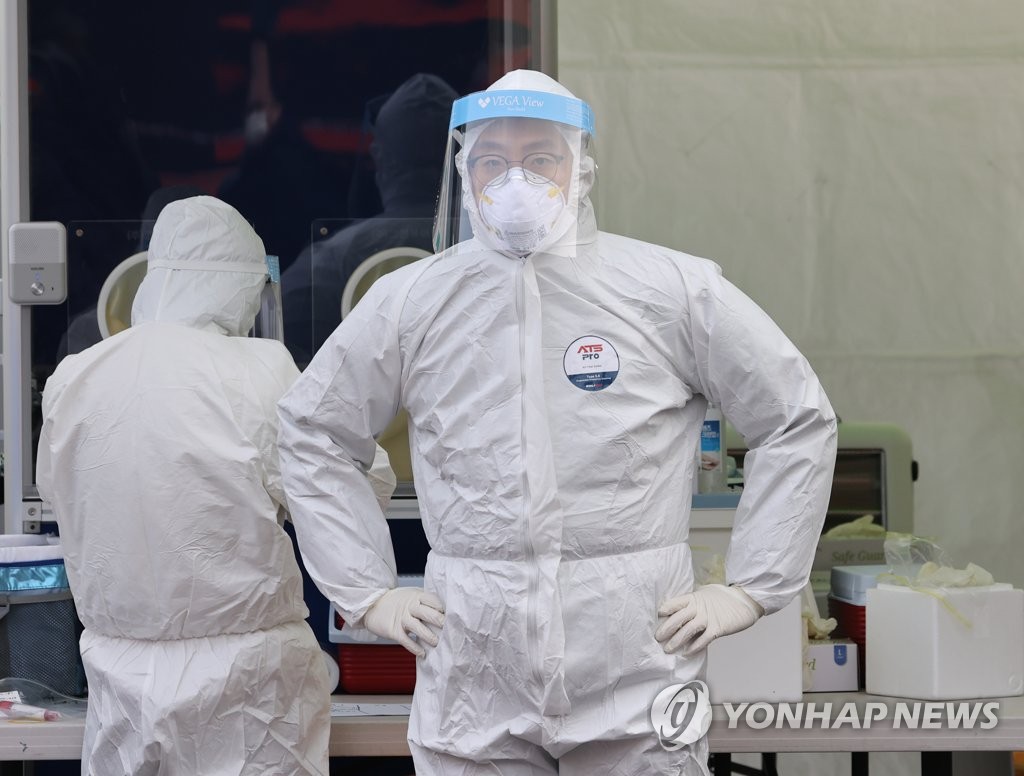 Of the locally transmitted cases, the capital city of Seoul accounted for 393 cases, and the surrounding Gyeonggi Province took up 300. Incheon, west of Seoul, had 64 new cases. The three areas account for around half of the nation's population.

A construction site in central Seoul reported 12 additional patients as of Friday noon, raising the caseload to 88.

A semiconductor production line in Icheon, south of Seoul, identified 13 more cases, with the total reaching 14.

Other major cluster infections included a nursing home in Ulsan, which added 22 more patients, raising the total to 229. Another religious facility in South Chungcheong Province reported 125 patients so far.

Over the past two weeks, cluster infections accounted for 20.9 percent of newly added cases. A quarter of the additional cases had unknown transmission routes. 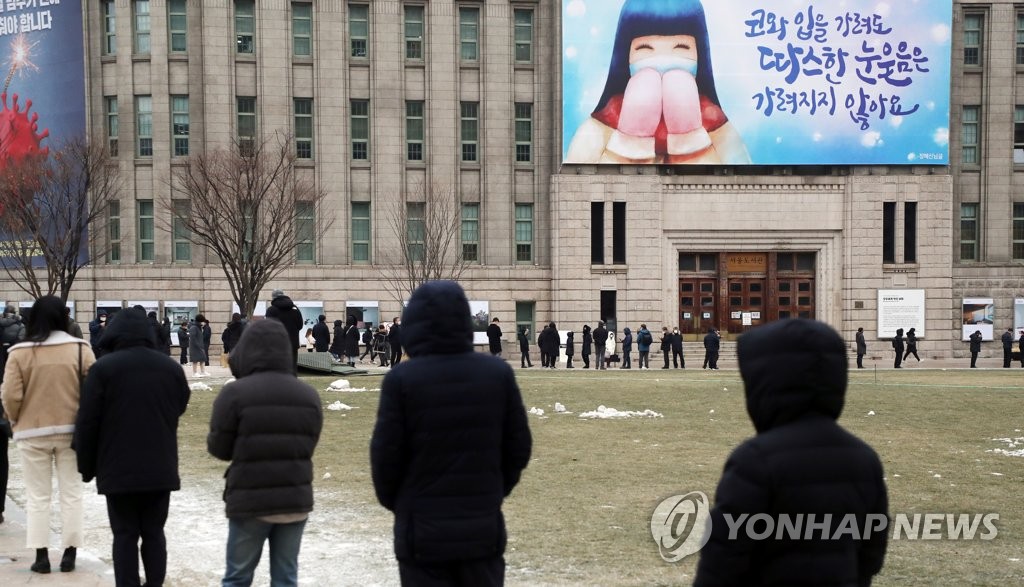 The United States accounted for 13, along with seven cases from Indonesia and two from Germany.

The number of seriously or critically ill COVID-19 patients reached 246, up four from the previous day. Patients aged 70 and above accounted for 58.5 percent of the total.

The KDCA reported 11 additional deaths, raising the total to 645.

The number of people released from quarantine after making full recoveries came to 372, raising the total to 33,982. This indicates 71.52 percent of patients have been cured.

The ratio of patients testing positive came to 2.08 percent, slightly rising from 2.03 percent a day earlier, when 884 fewer tests were carried out.

The country plans to push to sign COVID-19 vaccine procurement contracts with Johnson & Johnson's Janssen and Pfizer later this month and ink another deal with Moderna next month.

The health ministry last week said it has secured early access to the vaccines developed by four pharmaceutical companies and from a global vaccine project for 44 million people, enough to cover 88 percent of the nation's population.