Samsung said the Galaxy Book Flex2, Galaxy Book Flex2 5G and Galaxy Book Ion2 will be launched on Jan. 1, 2021. Preorders for the latest laptops, all powered by Intel Corp.'s 11th generation processor, will be available from Monday to Dec. 31 in South Korea.

The Galaxy Book Flex2 is a 2-in-1 product that can easily be converted from laptop to tablet by just turning a screen. It comes in 13.3-inch and 15.6-inch variants, with the latter equipped with Nvidia Corp.'s GeForce MX450 graphics card. 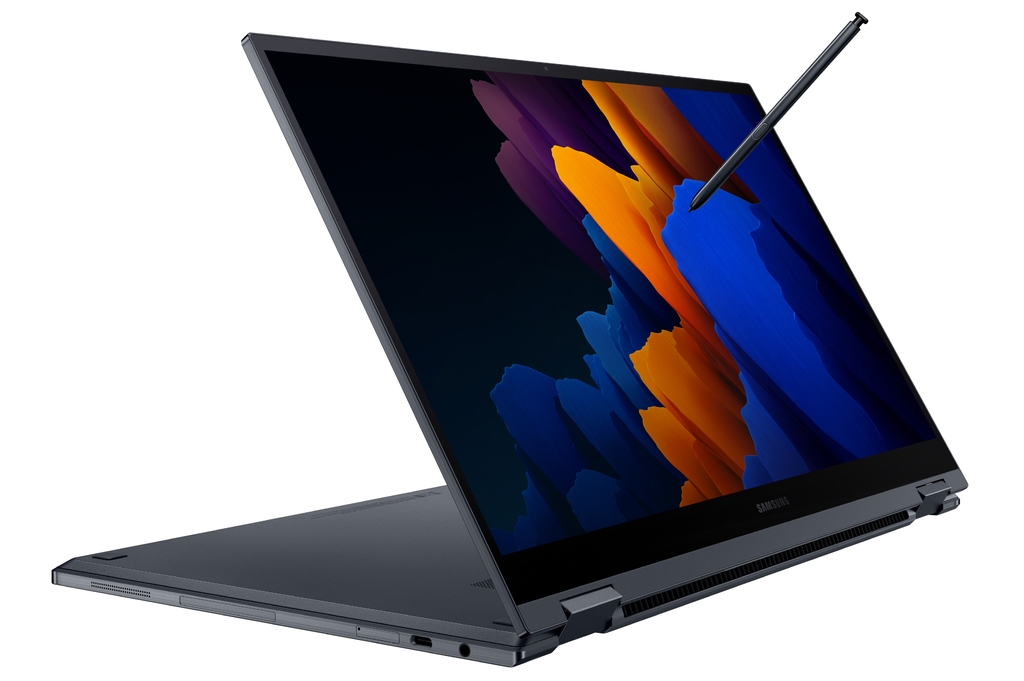 The Galaxy Book Ion2 also comes in 13.3-inch and 15.6-inch variants, with the former weighing only 970 grams. It is priced between 1.38 million won and 2.445 million won depending on memory, CPU specifications.

Samsung also unveiled the Notebook Plus2 laptop that has an "upgrade hatch," which allows users to easily increase the device's memory and hard disk drive capacity. The 15.6-inch laptop is priced between 750,000 won and 1.94 million won here.