The value of investments made by South Korean companies came to US$10.77 billion in the July-September period, down 23.9 percent from a year earlier, according to the data from the Ministry of Economy and Finance.

South Korea's net overseas direct investment, or total investments minus withdrawals, stood at $8.74 billion in the third quarter, down 20.2 percent from the same period last year.

The ministry said the sharp third-quarter decline resulted from the spread of COVID-19, which made economic activity remain in the doldrums across the world.

The United States received the largest amount of South Korean investment, with its ratio reaching 20.1 percent, followed by China with 15.3 percent.

By sector, investments made by South Korean financial and insurance companies sank 37.4 percent on-year to $3.79 billion in the third quarter.

Manufacturing firms' overseas investments rose 2.4 percent to $3.61 billion, snapping the fourth straight quarter of decline, according to the data. 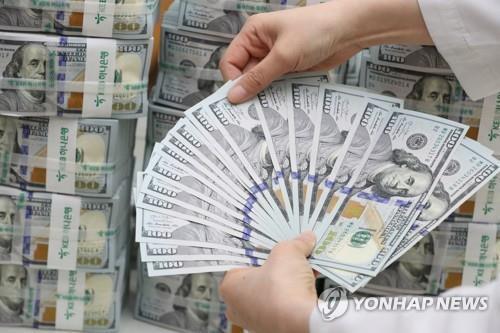