The South Korean tech giant accounted for a market share of 20.6 percent in India, the world's second-largest smartphone market, in terms of units sold to consumers, according to market researcher International Data Corp. (IDC).

Samsung's smartphone sales to consumers stood at 4.5 million units in October, up 42.2 percent from a year earlier.

IDC data showed Samsung was the leading vendor in the midrange smartphone category priced between US$200 and US$300, which accounted for nearly one-fourth of devices sold in October. In that segment, Samsung led 36 of the 50 largest cities of India. 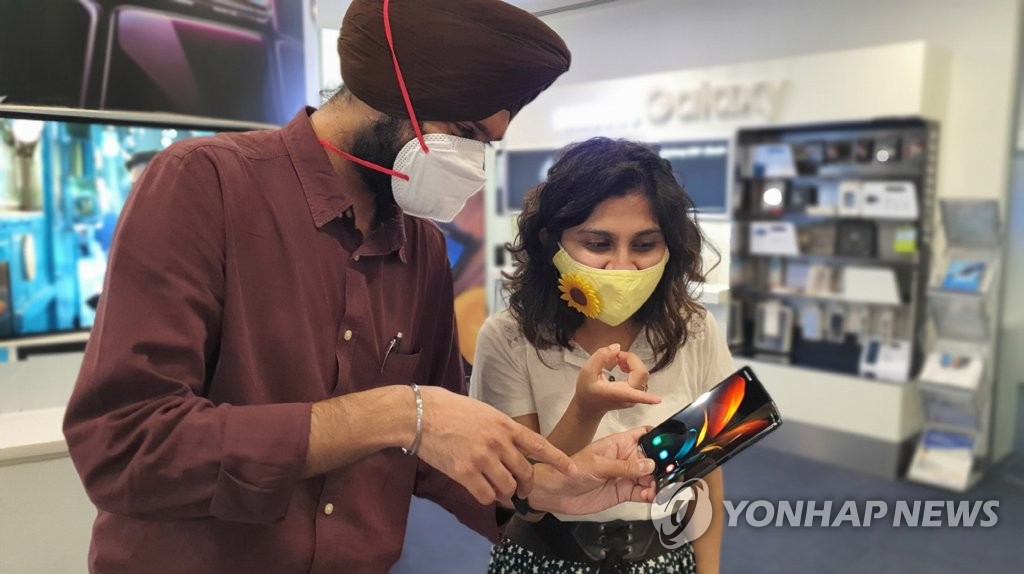 China's Xiaomi Corp. defended its top status in the Indian smartphone market with a 24.8 percent share after selling 5.5 million smartphones in October, up 38.1 percent from a year ago.

Xiaomi led 30 of the top 50 cities when it came to the sub-$200 smartphone segment, which accounted for 68 percent of the Indian smartphone market. It also topped 34 of the major 50 cities in terms of online smartphone sales.

Vivo was the No. 3 brand with a 17.8 percent market share in October, followed by Realme with 13.8 percent and Oppo with 12.3 percent.

IDC said smartphone sales in India increased 38 percent on-year to a record 22 million smartphones in October, thanks to strong consumer purchases during the pre-Diwali month.