BUSAN, Dec. 18 (Yonhap) -- A South Korean court on Friday rejected the prosecution's request for an arrest warrant for former Busan Mayor Oh Keo-don on sexual harassment allegations, citing no risks of him destroying evidence or fleeing.

The Busan District Court's rejection came hours after Oh attended a court hearing intended to determine whether to issue the writ sought by the Busan District Prosecutors Office earlier this week.

"There isn't any particular argument regarding the facts, and there are no risks of him destroying evidence or fleeing," the court said.

In a statement released via his lawyer, Oh acknowledged the "charge," but he maintained that he does not remember exactly what happened. He apologized to Busan citizens and victims as well. 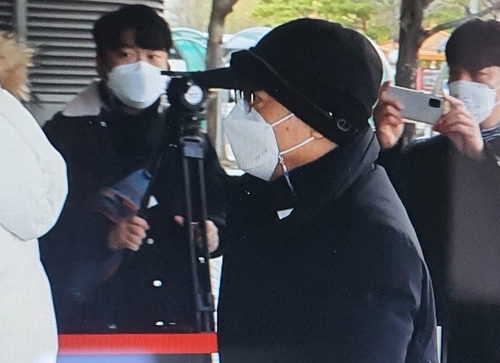 Oh was originally accused of having made inappropriate advances toward a female employee at the city government earlier this year. But prosecutors later added a charge of causing injuries to the employee while sexually harassing her, which, if proven, carries a punishment of from five years in prison up to life imprisonment.

The prosecutors are said to have considered that the victim has sought medical help for psychological pain, and that she said the she has been left in constant mental suffering and trauma due to what Oh did to her.

A lawyer who has dealt with many sex crimes told Yonhap News Agency that it was very meaningful that prosecutors listed mental suffering as damage suffered by a victim of sexual harassment. 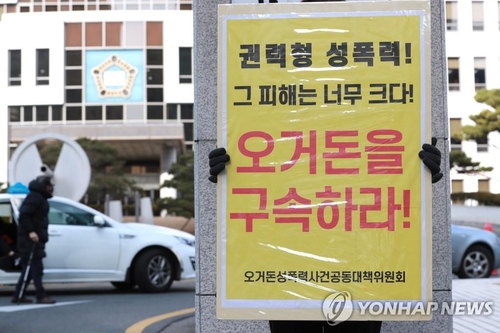 The 72-year-old former mayor is also suspected of having sexually harassed one more employee. The allegation was first raised by a YouTube channel in October last year. The prosecution also probed it, while Oh filed a defamation lawsuit against the channel creators.

The investigation into the former mayor started when two civic groups filed criminal complaints against him in April. Two months later, the Busan District Court rejected the issuance of an arrest warrant, saying there was insufficient reason to detain him while the investigation was ongoing.

From the ruling Democratic Party (DP), Oh was elected as the mayor of the country's second-largest city in the 2018 local elections. But he resigned over sexual misconduct allegations and later was expelled from his party.

One of the victims, who claimed that Oh sexually harassed her at the mayor's office during business hours in April, has filed a petition, pleading with the court to grant the warrant so that she could get back to her normal life. Her identity was withheld.

She said she was suffering from severe depression and living in constant fear that the mayor would seek revenge.

"I don't really understand why I am suffering this much. I did nothing wrong," she wrote.

The former mayor argued that he was suffering from cognitive dissonance and that his acts were not intentional. 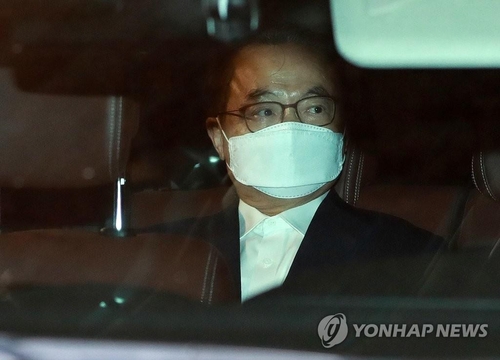