The country's overseas shipments stood at US$541.2 billion last year, down 10.3 percent from the previous year, according to the data from Statistics Korea and the Korea Customs Service. 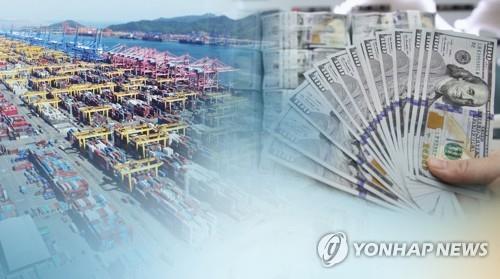 Midsized firms' overseas shipments shrank 4.6 percent from a year earlier in 2019, with those of small companies declining 3.5 percent.

The top 100 firms in terms of export value accounted for 63.7 percent of South Korea's total overseas shipments, down 2.7 percentage points from 2018 and the lowest ratio since 2010.

Exports by the 10 leading companies took up 34.6 percent of the total last year, the lowest tally in three years.

Overseas shipments of electric and electronics products, including chips, tumbled 17.4 percent on-year, while those of petrochemicals decreased 7.7 percent.

The number of exporting companies in South Korea stood at 97,418 last year, up 1.2 percent from the prior year.