SEOUL, Dec. 18 (Yonhap) -- The unification ministry said Friday it is keeping a close eye on the North Korean foreign minister's status following a media report that he has recently been removed from a key party position.

A local newspaper reported earlier in the day, citing an unidentified government source, that Foreign Minister Ri Son-gwon appears to have lost his position as an alternate member of the political bureau of the Workers' Party Central Committee.

"There has been no official announcement yet, but we will keep a close eye on the related situation," the ministry said. "Ri Son-gwon, however, is maintaining his position as the foreign minister and is continuing with his activities."

Ri, who previously dealt with inter-Korean affairs as chairman of the Committee for the Peaceful Reunification of the Country, replaced Ri Yong-ho as the country's foreign minister early this year. 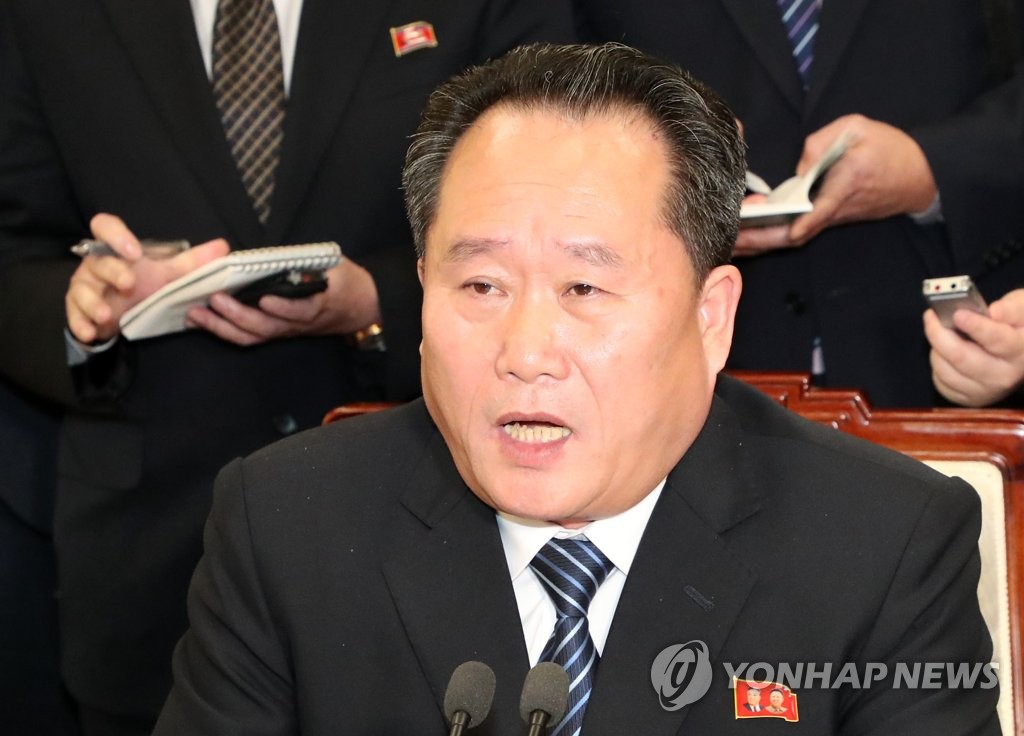