SEOUL, Dec. 18 (Yonhap) -- A Seoul court plans to hold a hearing next week on the country's top prosecutor's injunction request against the decision to suspend him from duty, an informed source said Friday.

The Seoul Administrative Court is scheduled to open the hearing at 2 p.m. Tuesday.

On Wednesday, President Moon Jae-in endorsed the justice ministry's decision to suspend Prosecutor General Yoon Seok-youl for two months over four counts of alleged misconduct, including the surveillance of judges hearing cases on former Justice Minister Cho Kuk and presidential officials' alleged involvement in the Ulsan mayoral election in 2018 to bring victory to one of Moon's longtime friends.

The measure immediately went into effect.

Yoon filed an injunction at the court on Thursday night, along with a separate administrative lawsuit against the decision, claiming that the disciplinary session had procedural errors and the allegations against him were not true. 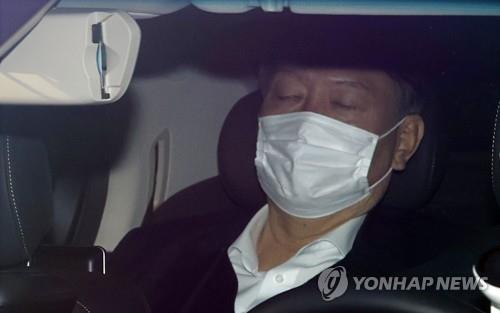