SEOUL, Dec. 18 (Yonhap) -- A man in his mid-60s was sentenced by a district court on Friday to 2 1/2 years in prison for stealing ballot papers from the custody of a local election management office near Seoul on the night of April 15, when the general elections were held nationwide.

The Uijeongbu District Court handed out the jail sentence to the man, identified only as 65-year-old Lee, saying he deserves severe punishment because his unprecedented crime could produce political conspiracies.

It is the nation's first court ruling on theft of ballot papers since the election system was introduced here.

Lee was accused of stealing six ballot papers from a gym in Guri, a city just east of Seoul, between April 15 and 16 and delivering them to former opposition lawmaker Min Kyung-wook, who claimed they were proof of election fraud.

The stolen ballots were stored at the gym by Guri's election administration committee after voting ended on the election day.

The court said Lee's delivery of the ballots to Min does not constitute an act of public interest whistleblowing.

The court said it did not accept Lee's claim that he received the ballot papers from a whistleblower, after analyzing eight hours of surveillance footage at the gym.

"The defendant is free to have political views but has no freedom to make false facts for political purposes," the court said.

"What the defendant stole is not six ballots, but election fairness, trust in public power and liberal democracy itself," it stressed.

In the previous court hearing, prosecutors demanded a prison sentence of 3 1/2 years for Lee. 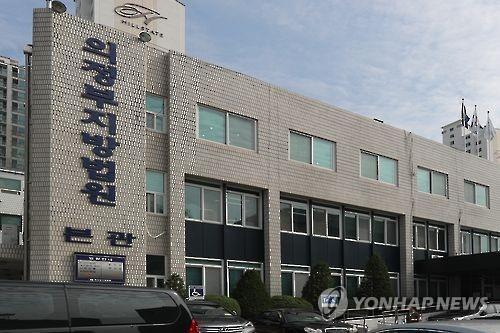 Man gets prison term in unprecedented conviction for ballot theft

Man gets prison term in unprecedented conviction for ballot theft