In response, the South Korean government expressed hope that the two sides will have consultations on the Mount Kumgang issue at an "appropriate time" in consideration of the COVID-19 situation.

Kim's visit, which came despite a nationwide fight against the coronavirus pandemic, suggests that the North could seek to develop the mountain resort in earnest under a new five-year economic development plan expected to be unveiled at a Workers' Party congress set for next month.

Premier Kim "called for pushing ahead with the development project of turning Mt. Kumgang area into modern and all-inclusive international tourist and cultural area under yearly and phased plans," the Korean Central News Agency said.

"He stressed the need to build the tourist area our own way in which national character and modernity are combined while in good harmony with the natural scenery of the diamond mountain so as to turn the famous mountain of the nation into the one well-known for serving the people and a cultural resort envied by the whole world," the KCNA said.

Kim also discussed "technical matters" stemming from reflecting the ruling party's views and satisfying the people's cultural needs in the "master plan" of development of the area, it said. 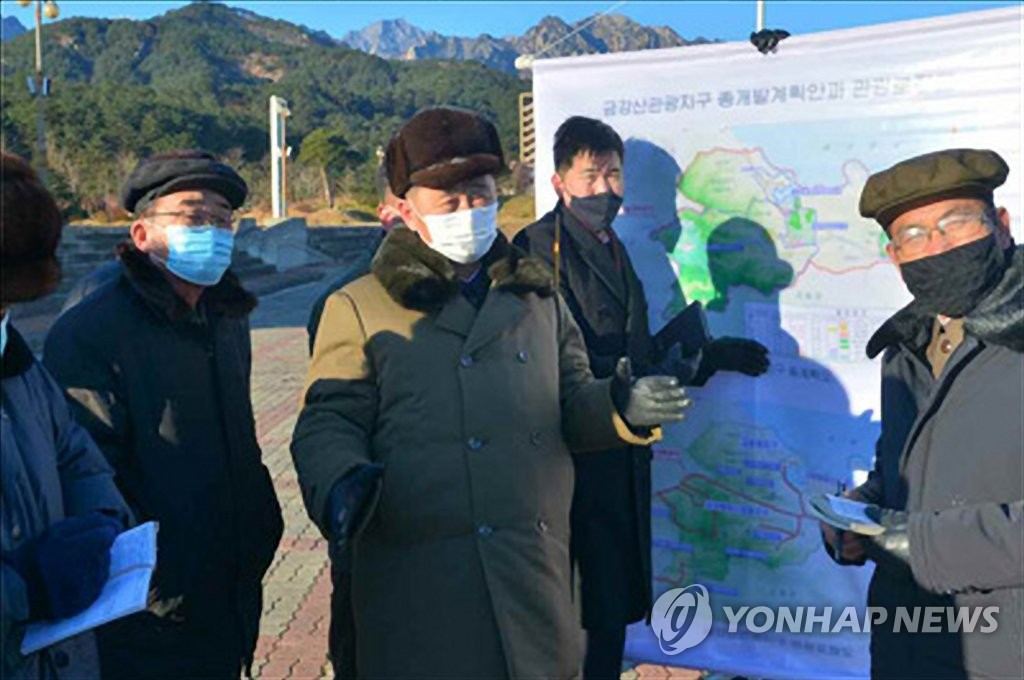 In a statement issued hours after the KCNA report, Seoul's Ministry of Unification, which handles inter-Korean affairs, pointed out that, "The South and the North share a consensus with each other on the need to resolve the pending issue regarding the Mount Kumgang region and develop it as an international tourist spot."

Thus, it added, South Korea hopes for a "meeting and consultations at an appropriate time in consideration of situations, including the coronavirus."

Launched in 1998, the Mount Kumgang tour program was regarded as a major inter-Korean cooperative project until it was suspended in 2008 after a female tourist was shot to death by a North Korean guard.

In September 2018, South Korean President Moon Jae-in and North Korean leader Kim agreed to resume the Mount Kumgang tour program as soon as conditions are met. In his New Year last year, leader Kim said that he is ready to resume the joint project without preconditions.

North Korea, however, has pushed to turn the region into an international tourist area since leader Kim ordered the removal of all the "unpleasant-looking" South Korean-built facilities there in October 2019, saying the North should not rely on Seoul for its development.

South Korean had sought face-to-face meetings with the North to resolve relevant issues but the North had insisted on discussions in writing. In late January, the North notified the South that it would suspend the removal of the facilities in late January amid fears for the new coronavirus.