Nine local pharmaceutical firms struck 14 technology export deals worth 10.15 trillion won (US$9.2 billion) this year, up 19 percent from a year earlier, according to the Korea Pharmaceutical and Bio-Pharma Manufacturers Association.

The surge was attributed to their big investments in developing new drugs and expanding production facilities.

Spending on research and development (R&D) by 113 listed pharmaceutical companies totaled 2.69 trillion won in 2019, up 7.6 percent from the previous year.

Major local pharmaceutical makers, including biopharmaceutical giant Celltrion Inc., have been investing big in R&D this year despite the outbreak of COVID-19.

Exports of South Korean medicines stood at a record high of $5.89 billion in the first 11 months of this year, well above last year's tally of $3.69 billion, according to data from the Korea Customs Service.

Industry watchers expected overseas shipments of Korean-made medicines to surpass the $7 billion level for all of 2020.

Government data also showed the industry's output reaching nearly 10.1 trillion won in the first half of the year, up 5.1 percent from a year earlier.

Local production of pharmaceuticals has been growing at an annualized rate of more than 7 percent since 2015, well above the growth rate of 2.4 percent for the manufacturing industry. 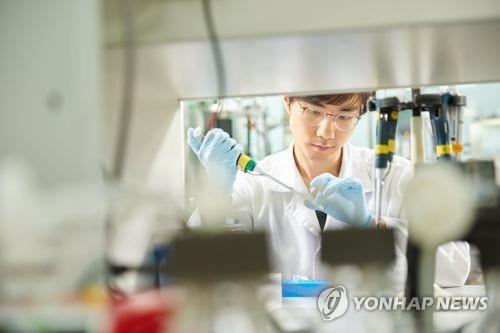