The country added 926 more COVID-19 cases, including 892 local infections, raising the total caseload to 50,591, according to the Korea Disease Control and Prevention Agency (KDCA).

Sohn Young-rae, a senior health official, told reporters that health authorities will announce a new set of virus restrictions Tuesday over the Christmas and New Year's Day holiday period, instead of raising virus curbs to the toughest level. 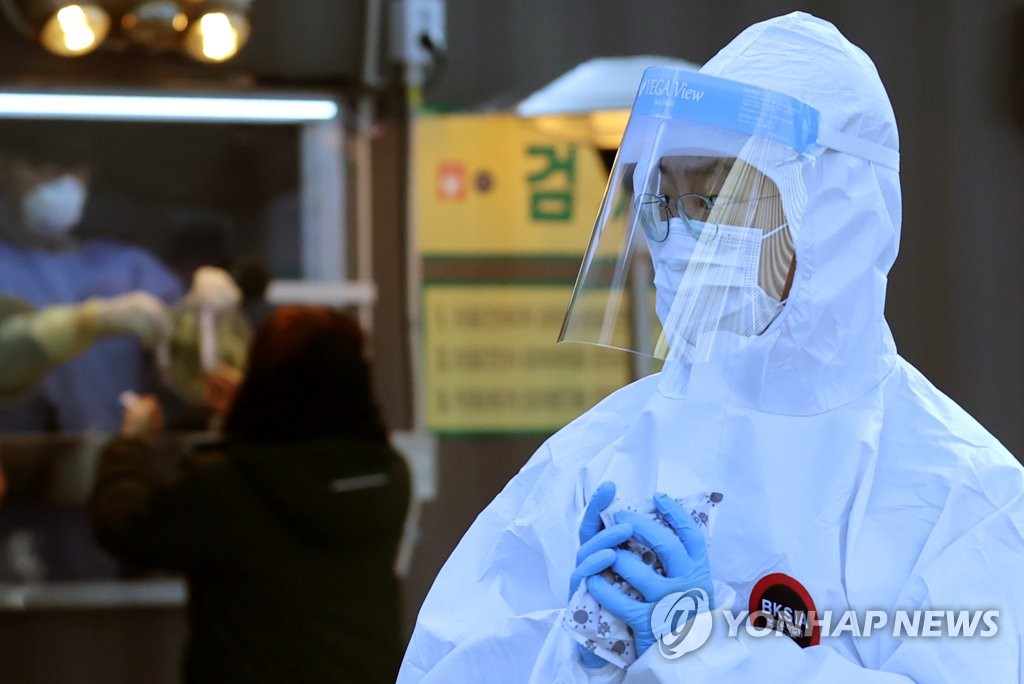 In a new round of restrictions, gatherings of five or more people will be banned in the capital Seoul and its neighboring Gyeonggi Province and Incheon. The administrative order for the restrictions will take effect at midnight Tuesday and end on Jan. 3, officials said.

As of 6 p.m. Monday, daily new cases stood at 581, which was 33 fewer than at the same time on Sunday, according to health authorities.

The greater Seoul area accounted for 68 percent, with 188 cases in Seoul, 164 in Gyeonggi Province and 45 in Incheon.

A new variant of COVID-19, which is believed to spread faster, in Britain has prompted several countries to suspend flights from London. KDCA officials said the new variant has not been found yet in South Korea.

To help find unconfirmed infections with no symptoms, authorities have expanded anonymous testing in the greater Seoul area since Dec. 14. A total of 479 infections have been confirmed through such testing so far, the KDCA said.

With one-day virus case totals running at all-time highs last week, health authorities were considering whether to raise the country's social distancing guidelines to Level 3, the highest in its five-tier scheme.

However, authorities said they are aiming to contain the current wave of the pandemic without raising virus curbs to Level 3 on concerns over impacts on the economy. 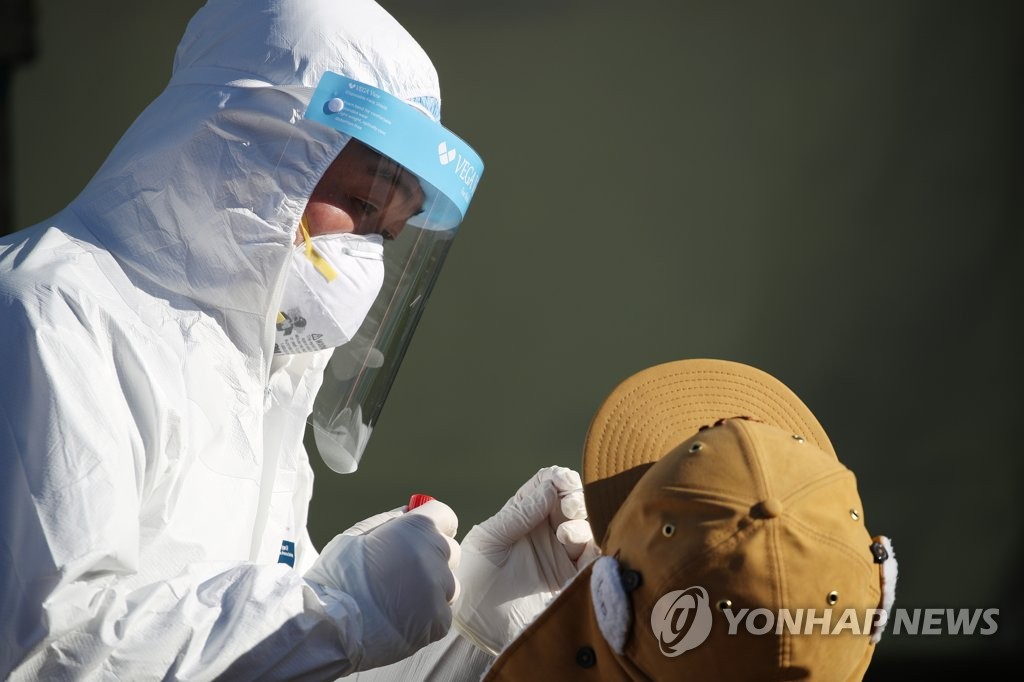 Chains of cluster infections at facilities that include nursing homes and churches, and through private gatherings, continued to pop up.

A relentless spike in virus cases spawned concerns about a shortage of hospital beds and a rise in fatalities. Health authorities issued a rare order to private hospitals Friday to secure more intensive care beds for COVID-19 patients. 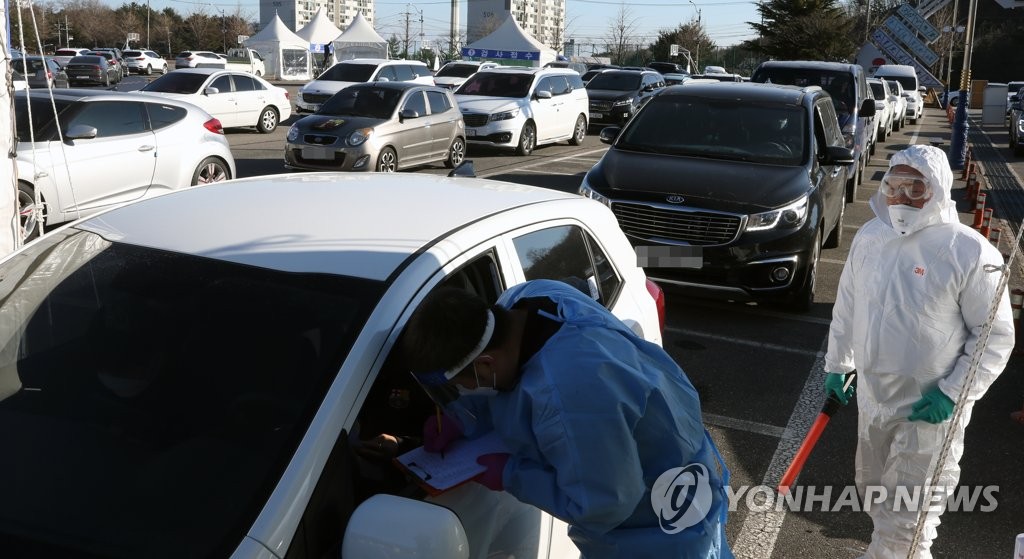 Of the 892 local infections announced earlier in the day, 327 cases were reported in Seoul and 237 cases in Gyeonggi Province that surrounds the capital. Incheon, west of Seoul, reported 85 more cases.

Although about 72 percent of new cases came from the greater Seoul area, all parts of the nation saw rising infections.

A detention center in southern Seoul reported two additional patients, raising the caseload to 217, while a religious facility in western Seoul identified 10 more cases, with the total reaching 213.

Other major cluster infections included a nursing home in Ulsan, which added 11 more patients, raising the total to 240. Another religious facility on the southern island of Jeju has reported 100 patients so far.

The number of seriously or critically ill COVID-19 patients reached 274, compared with 278 from the previous day.

The total number of people released from quarantine after making full recoveries stood at 35,155, up 433 from the previous day.

The country, meanwhile, added 34 imported cases, increasing the total to 5,116. Twelve cases came from the United States, followed by nine from Russia and four from Germany.

The country has carried out 3,713,861 coronavirus tests since Jan. 3. The country reported the first case on Jan. 20.