SEOUL, Dec. 21 (Yonhap) -- Gatherings of five or more people will be banned in the greater Seoul area, beginning Wednesday, in a new hard-line measure to combat the spread of the coronavirus, local governments said Monday.

The governments of Seoul and neighboring Gyeonggi Province and Incheon announced the strident assembly restriction measure in time for the upcoming peak season for year-end gatherings and events.

The new administrative order for the restrictions on freedom of assembly will take effect at midnight Tuesday and end on Jan. 3. 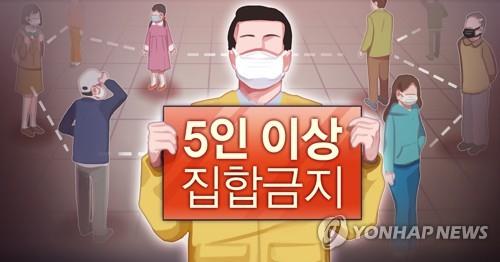 Under the new administrative order, only meetings of four or fewer people are allowed in the capital area regardless of whether they are held indoors or outdoors.

The greater Seoul area is currently under Level 2.5, the second highest in the nation's five-tier social distancing alert system. Level 2.5 bans gatherings with 50 or more people.

The unprecedented assembly restriction measure has been introduced as year-end gatherings, events and travel are expected to increase nationwide amid the recent surge in COVID-19 cases.

South Korea reported more than 1,000 daily confirmed cases for five consecutive days over the past week, though the number fell below 1,000 Monday apparently due to fewer tests over the weekend. The capital area accounts for about 70 percent of the national daily caseload.

In Seoul, the number of new daily coronavirus cases rose by an all-time high of 473 on Sunday, breaking the previous record of 423 set only three days ago. Throughout this month, the number of daily cases in the capital has fluctuated between 213 and 473. 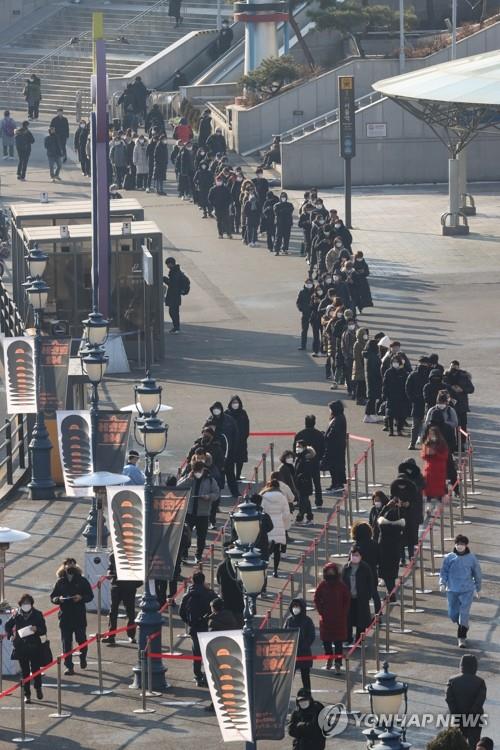