New cases stood at 926 earlier in the day to push up the total to 50,591, according to the Korea Disease Control and Prevention Agency (KDCA). The daily death toll hit a record high of 24, raising the total to 698.

The caseload surpassed the 50,000 mark in the 11 months since the nation reported its first case on Jan. 20.

The daily number of cases first crossed 1,000 on Dec. 13, and remained in the quadruple digits for five days in a row starting Wednesday. Monday's figure fell below 1,000 due largely to less testing on the weekend. 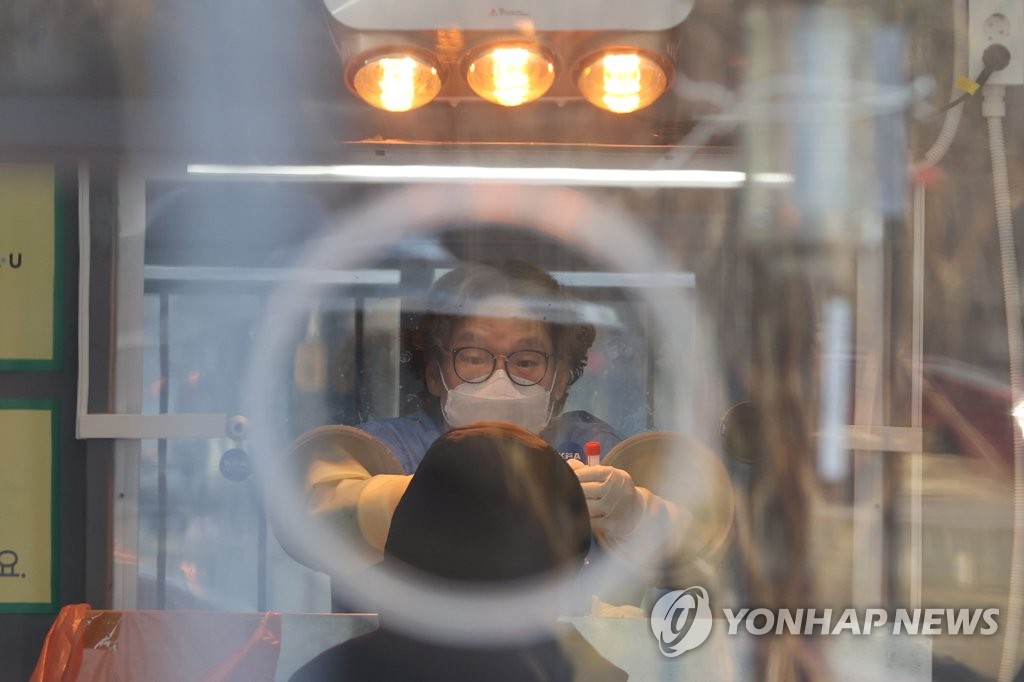 Chains of cluster infections have continued to pop up across the nation in the winter season, which provides a more favorable environment to viruses and weakens people's immune systems.

The third wave of the pandemic has posed greater challenges to antivirus efforts as sporadic infections in various community settings make it harder to trace their transmission routes compared with the previous outbreaks.

The country faced its first wave of the outbreak tied to a church in the southeastern city of Daegu in late February and early March. The second wave gripped the country in late August in connection with a church in northern Seoul and an anti-government rally. 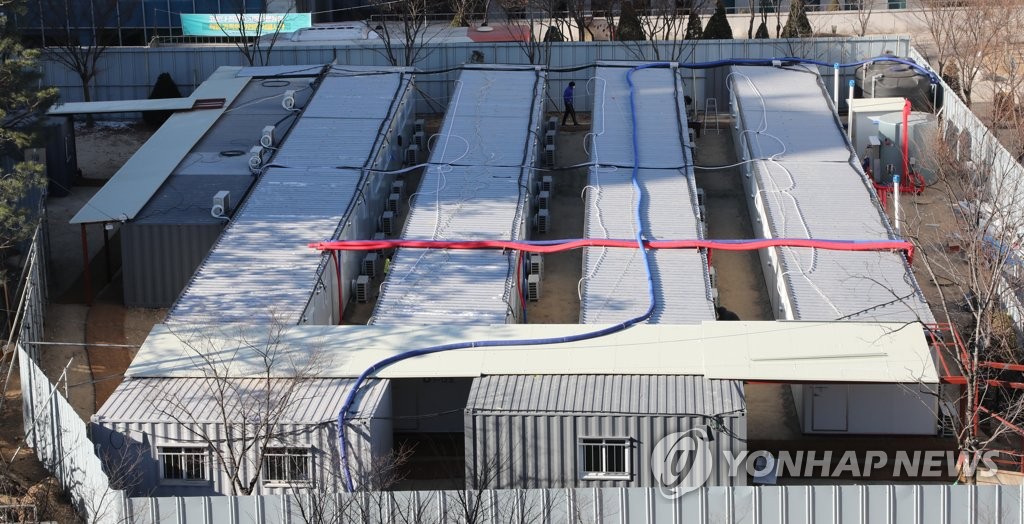 In the greater Seoul area, only three intensive-care beds were available as of Saturday, while the capital ran out of beds for COVID-19 patients, according to the virus response control tower.

A total of 368 patients in the Seoul metropolitan area have been waiting for hospitalization at home as of Sunday due to the lack of hospital beds.

The health ministry said it will add 318 hospital beds for critically ill patients by this coming Saturday to cope with the hike in new cases and reduce the number of people on the waiting list.

"We are stepping up efforts to minimize the number of people awaiting hospitalization at home and strengthen monitoring on them to avoid worsening conditions while on standby," Health Minister Park Neunghoo said in a briefing Sunday.

Experts said this week will be a critical juncture for the outbreak, calling for the government to take stronger restrictions to curb the virus spread.

"There is a strong possibility that (additional cases) spike even higher," Eom Joong-sik, a medical professor at Gachon University, said. "(The government) should raise the social distancing scheme to Level 3 to further reduce contacts between people and gatherings." 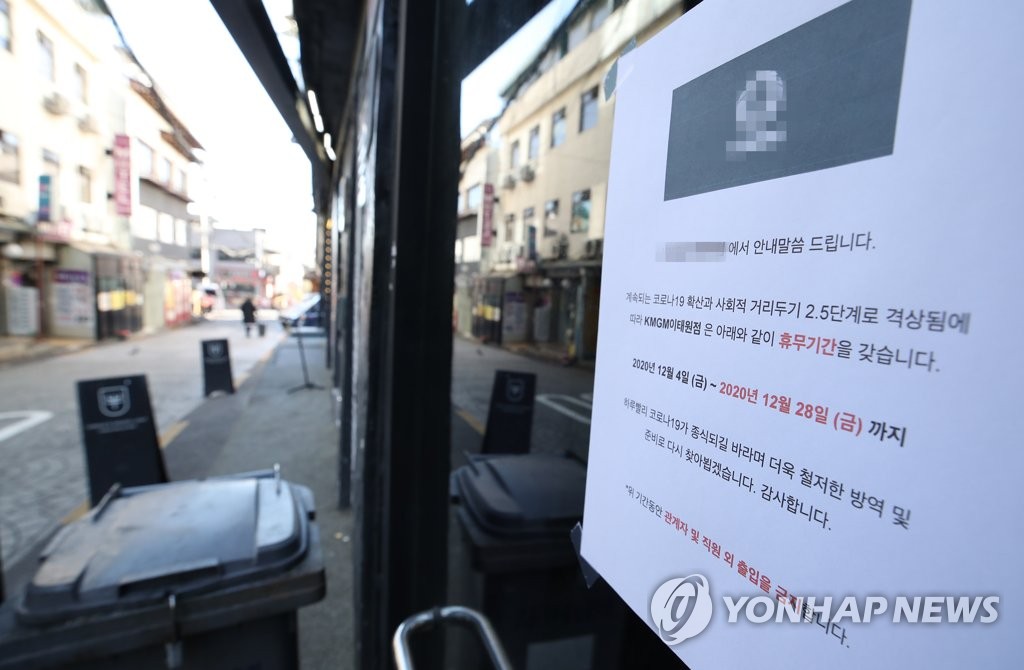 South Korea has been applying Level 2.5 social distancing rules, the second highest under a five-tier scheme, in the greater Seoul area, home to half of its 51.6 million population, and Level 2 rules in the rest of the country since Dec. 8.

Officials have been mulling whether to raise social distancing guidelines to Level 3, but they remained cautious over adopting the strongest measures on concerns over their adverse impact on the domestic economy.

"Level 3 distancing has a far-reaching ripple effect on the economy, which should be avoided if possible," Park said. "We want people to be more patient and join (the distancing campaign) to flatten the curve at the current level without taking the toughest measures."

Level 3 can be adopted when locally transmitted cases hover between 800 and 1,000 for a week or the daily tally doubles from the previous day.

If the toughest curbs are imposed, more than 2 million shops and facilities will be ordered to be shut down, according to officials.