(ATTN: UPDATES with suspected case in paras 7-9)
By Kang Yoon-seung

"Due to the influx of migratory birds into the country, contaminants can get into local farms at anytime," the Ministry of Agriculture, Food and Rural Affairs said in a statement.

"As we are facing a grave situation, there will be zero tolerance of any violation of the quarantine guidelines," it added. 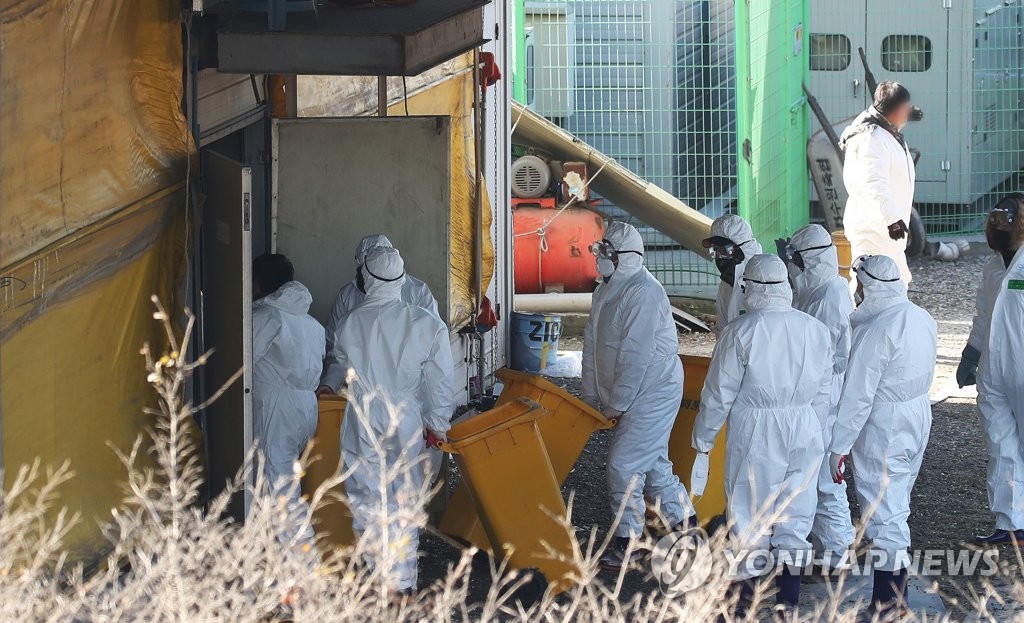 Local authorities are using 958 units of vehicles and drones to carry out disinfection operations in surrounding areas of poultry farms.

The agricultural ministry also advised farms to apply disinfectants around their farms and clean floors on a daily basis. They are also requested the changing of shoes when moving among sheds.

The country has so far reported 18 highly pathogenic bird flu cases from poultry farms, including at a private park, since late November.

On Monday, a suspected case was reported at a chicken farm in Yeoju, 105 kilometers southeast of Seoul. An initial test came back positive, with the final result expected in one to three days.

The ministry restricted movement into and out of the farm and carried out an epidemiological survey upon receiving the report. The farm raises 150,000 chickens.

All farms within a 10-km radius have also been subject to restrictions on movement, as well as surveillance and testing.

The spread of the virus has led authorities to cull 6.1 million poultry so far, including 4 million chickens and 1.2 million quails.

Under local law, poultry within a 3-km radius of farms infected with highly pathogenic cases must be destroyed.

The country reported this year's first highly pathogenic avian influenza case from wild birds in late October. A total of 30 cases was confirmed from wild bird habitats across the country.

The ministry, meanwhile, said the latest cases of bird flu have had only a limited impact on the local market for poultry and eggs.

"The price of eggs has recently increased around 7.3 percent compared to the yearly average," the ministry said, pointing out that retailers also have sufficient volumes of poultry products in stock. 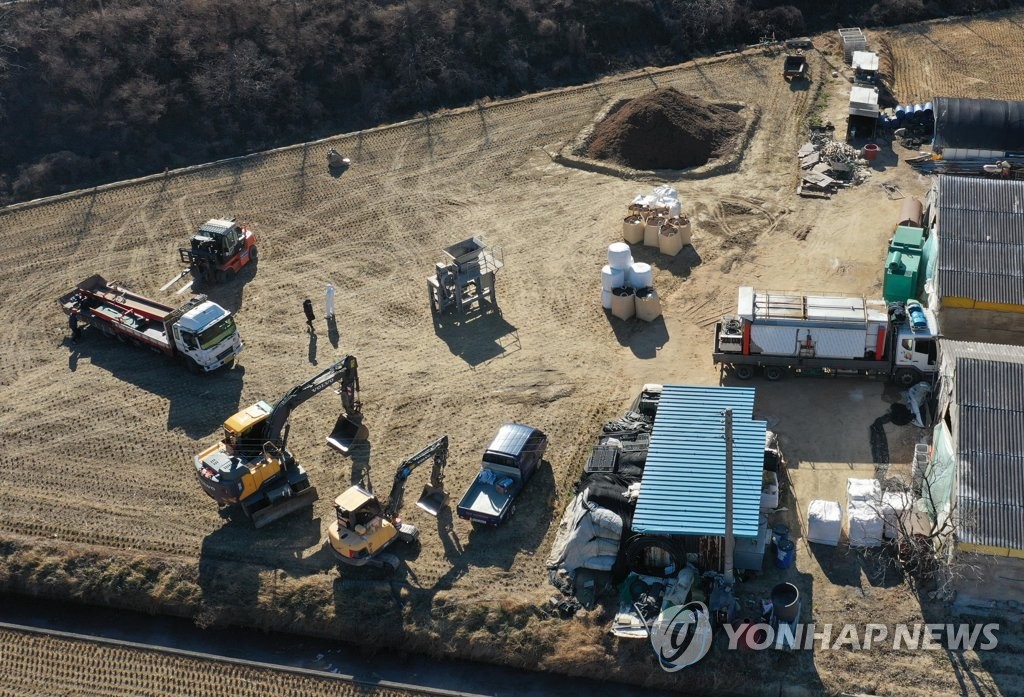