Directed by Korean American Lee Isaac Chung, "Minari" depicts first-generation immigrants from Korea in pursuit of their own American dream from the point of view of a seven-year-old boy named David (Alan Kim) and his parents, Jacob (Steven Yeun) and Monica (Han Yeri).

Youn took the role of the eccentric grandmother who changes the life of the family after arriving in the United States from Korea.

The latest LAFCA award is Youn's third best supporting actress title this year, following ones from the Sunset Circle Awards and the Boston Society of Film Critics.

She is also nominated in the same category at the Chicago Film Critics Association and the Florida Film Critics Circle.

Meanwhile, "Minari" has emerged as a potential candidate for best picture at next year's Academy Awards, to be held in April, since winning the jury and audience awards at this year's Sundance Film Festival. 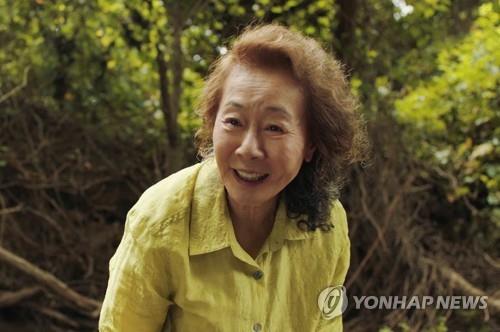