SEOUL, Dec. 21 (Yonhap) -- President Moon Jae-in said Monday the government will spend a part of South Korea's record amount of science-related budget next year for the development of a COVID-19 vaccine and treatment.

He was chairing the third plenary meeting of the Presidential Advisory Council on Science and Technology at Cheong Wa Dae.

He noted that 2021 will be a "very meaningful year" for the nation's science and technology field, with a combined research and development (R&D) investment by the government and the private sector topping 100 trillion won (US$90.6 billion) for the first time. 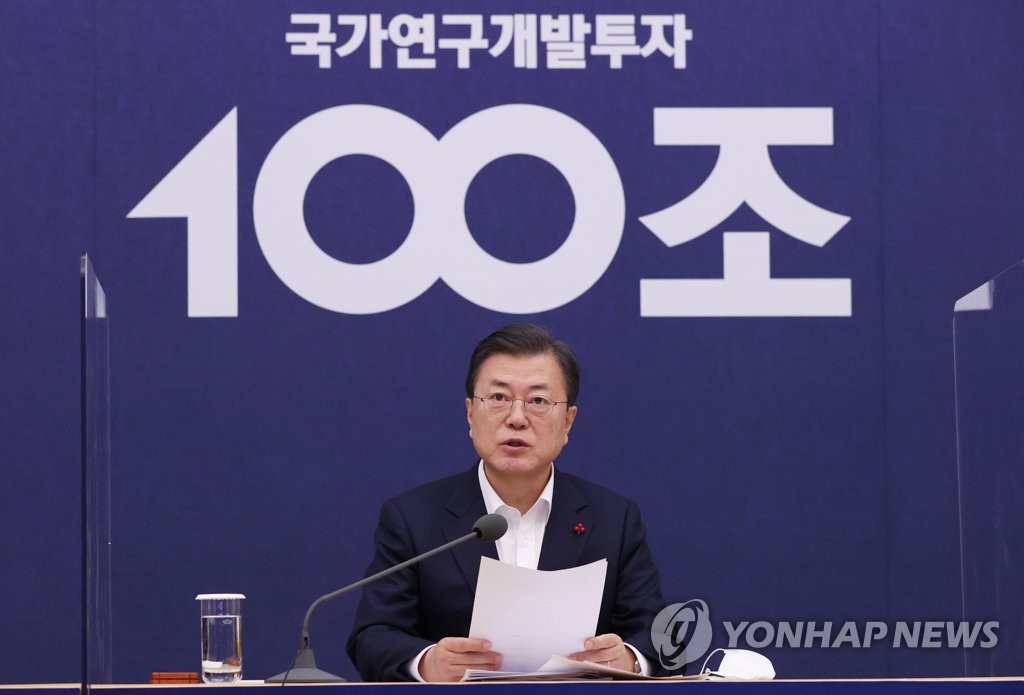 The government's own R&D budget amounts to 27.4 trillion won, the largest ever as well, Moon said.

"It reflects the government's strong commitment to science and technology and the people's desire for the future," he added.

Some of the budget would be injected into the development of vaccines and treatment to serve as "priming water" for overcoming COVID-19, according to the president.

The government will also focus on supporting "innovative growth" by pushing for digital and green New Deal projects, as well as fostering domestic material, parts and equipment industries, Moon said.

He stressed the importance of putting vigor into R&D investment by civilian businesses and called for "bold deregulation" and various incentives, including tax cuts and the expansion of public procurement.

He requested both relevant authorities and the science circles pay attention to such issues closely linked with the people's lives as climate change, infectious diseases, fine dust, plastic waste and pollution in the ocean.